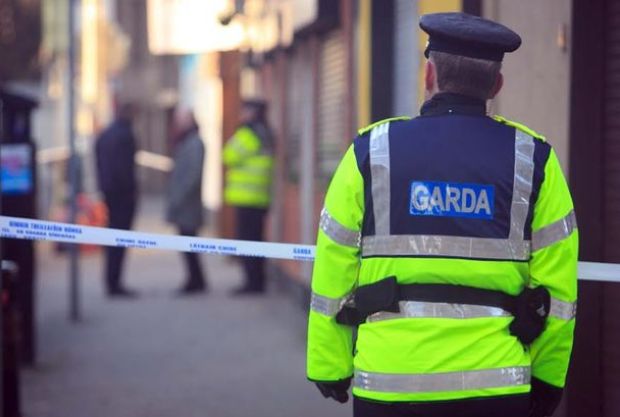 THE close knit community of Lismore in Waterford has been rocked by an arrest made earlier today in the area.

Gardaí have made an arrest in a murder investigation which had remained open for over 20 years, after Lismore native Eoin Drummond made a dramatic confession yesterday.

Drummond, well known within his house for being incredibly lazy, had been long suspected by his wife Margaret of murdering his former slave, and after 20 years of questioning on the subject Eoin finally crumbled due to the immense guilt he felt.

“We can confirm a 48-year-old man was arrested for the murder of Victoria Nolan in the Lismore area of Waterford in 1993,” Garda Conor Gleeson confirmed to awaiting media.

“It appears he referred to her as his ‘girlfriend’ at the time but he kept her as his slave, responsible for retrieving things like the remote, making dinner, washing and ironing clothes. Quite a disturbing trend which continued until her untimely death,” Garda Gleeson added.

Neighbours of Drummond have said he seemed like a normal, nice neighbour, but admitted it was his wife Margaret who always took out the bins, cut the grass and trimmed the hedges.

“I was just sick of the taunts,” Drummond shouted at assembled journalists as he was escorted from into the Garda station, “every fuckin’ day the wife was asking me ‘what did she die of? What did she die of?’ I just couldn’t take it anymore, so I finally told her, a shovel to the head”.

It has since transpired that Margaret Drummond had been helping Gardaí with the murder investigation since 2001.