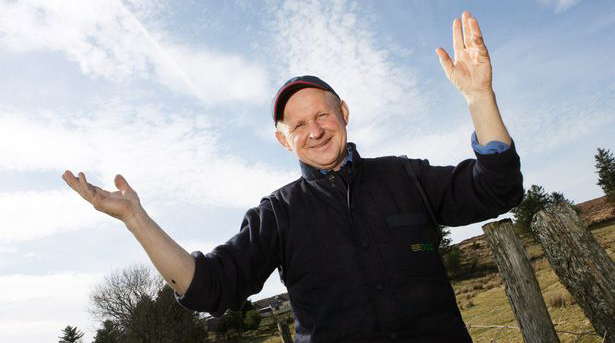 GARDAÍ in Donegal are investigating the violent death of postman and amateur weatherman Michael Gallagher today after he was attacked by an angry mob of locals, apparently distraught with his previous predictions of good weather.

Witnesses stated that over three hundred people gathered outside the postman’s home at around 8pm, before forcing their way into the house and dragging him out onto the street.

“It was horrible,” said one eyewitness. “The weather; it was horrible, and he deserved everything he got. I think everyone had a go at kicking him. Even several town councillors turned out in support.”

The lynching was said to last for over several hours, leaving the son-of-two lifeless on the village of Glenfin’s main street.

“Something had to be done about his constant lies,” said local man Dereck Kane, hinting at Gallagher’s ‘scorching summer’ prediction for this year. “We’ve had nothing but terrible weather the last few months. It was only a matter of time before people snapped”.

The Gardaí have asked witnesses to come forward, but later stated that they will ‘understand if no one does’.

“I suppose we can’t arrest everybody,” Garda Thomas Hague told WWN. “Hopefully this will deter future amateur weathermen from getting people’s hopes up.”

Mr Gallagher claimed to use the behaviour of plants and animals in the Bluestack Mountains to make his predictions, but failed miserably this year despite previous successes.

No funeral mass will be held for the victim, who is to be buried in an unmarked grave outside of the village.