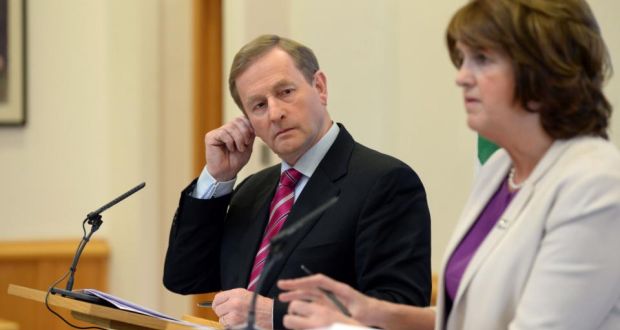 THE Government is to reconvene from their summer recess this afternoon for an emergency meeting to see what else they can give businessman Denis O’Brien, before he sues the country into oblivion.

Taoiseach Enda Kenny will meet coalition partner Joan Burton at Leinster House with their ministers to discuss possible business favours they can offer the Maltese tax exile, who began legal proceedings against a Dáil committee over for its findings that Independent TD Catherine Murphy did not abuse privilege when making allegations about him in the chamber.

“Irish Rail is one option we can offer,” Mr. Kenny told WWN earlier. “I’m half tempted to see if Michael (Lowry) could have another word with him; you know, to see if there was something else we can arrange”.

Between 1995 and 2000, Fine Gael received at least £110,000 from Denis O’Brien.  During the same period, Fianna Fáil received approximately £90,000, and to cover all possibilities, he gave the same amount to the Progressive Democrats. However, since then, not much is known about corporate donations to political parties as they are cleverly concealed in the form of EBS funded golf classics designed to harness financial backing while keeping backers anonymity sacred.

“Himself and other donors are crafty hoors alright,” Joan Burton also stated, before entering Leinster House this morning wearing her floral summer outfit. “Our only option now is to see what else we can sell Denis; maybe the National Lottery, oh shit no we’ve flogged that already, so Irish Rail? Or even just county Leitrim. Denis likes Leitrim.”