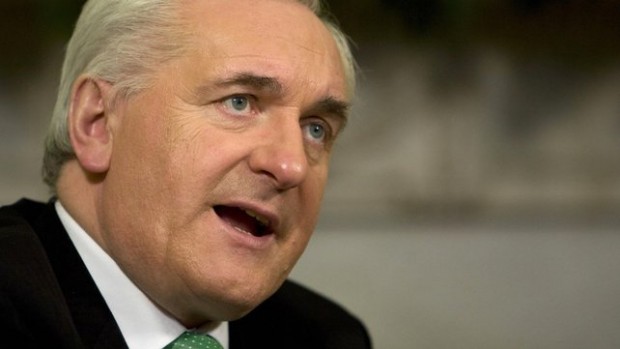 THERE have been heated scenes at the Oireachtas Bank Crisis Inquiry as former Taoiseach Bertie Ahern took to the stand in bullish fashion, stating that “you people have no fucking idea what it takes to govern a country”.

This is the 97th inquiry/ tribunal to call the ex-Fianna Fail leader to task over his policies during the economic boom period known as the Celtic Tiger years, and commentators have remarked that Mr. Ahern may be getting sick of being asked the same questions over and over again.

The inquiry, which has called politicians and banking officials alike, will concentrate on Bertie’s term as Taoiseach from 1997 to 2008, as well as his term as Minister for Finance in the 1990s.

Questioning has gotten off to a rocky start already, as the Drumcondra native lost his temper after mere minutes of questions, telling inquiry officials that they “can’t handle the truth”.

“I have neither the time nor the inclination to explain myself to men who rise and sleep under the blankets my tax cuts and pay rises paid for,” said Ahern, visibly irate.

“I eat breakfast 300 yards away from a thousand water protestors who would bottle me if they had the chance, so don’t think you could pull me into this inquiry, ask me a few questions and make me nervous”.

Mr. Ahern went on to promise inquiry bosses that he would “rip the eyes out of their heads and piss in their dead skulls”. The inquiry continues.