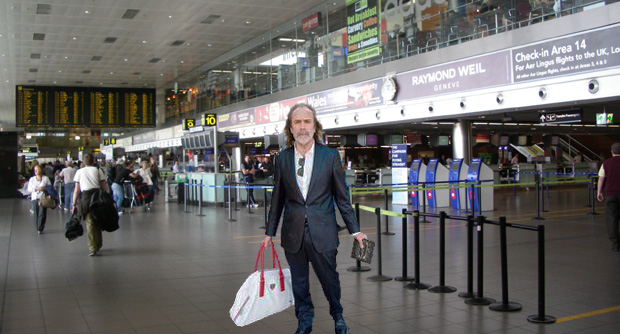 IRISH columnist John Waters announced today that he is relocating to Uganda and will cease his Irish journalistic career indefinitely.

The 58-and-a-half-year-old made the comments while queuing at a departures desk in Dublin airport this afternoon.

“I’m going somewhere where my work will not be judged.” he barked as he handed in his luggage for a three thirty flight to Africa. “Relocating to Uganda is my best option right now and I have already secured a writing gig for a Ugandan state newspaper.”

The Roscommon native denied his new venture was in any way related to the African country banning homosexuality last year, forcing tough new penalties on gay men and women.

“They banned the gays there did they?” he asked without flinching. “Boy, I bet that went down a treat with Ponti, or Panti, or whatever its name is.”

With that Mr Waters put away his passport and walked slowly to the departures gate, turning briefly with a smirk and flipping this reporter the bird.