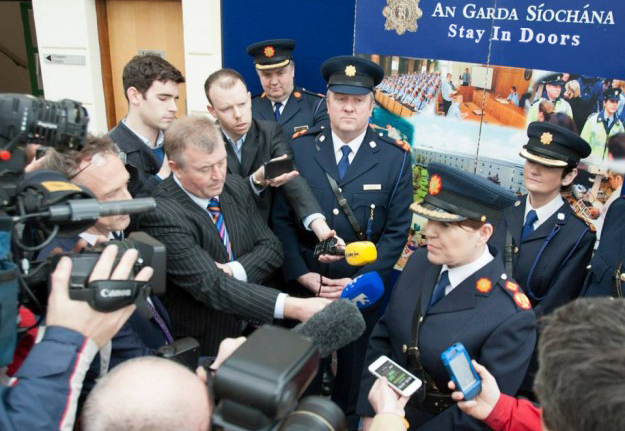 THE Garda Commissioner has warned members of the public to avoid ‘broad daylight’ if they are worried about being mugged or attacked, in a new awareness campaign launched in Dublin city this afternoon.

Nóirín O’Sullivan was speaking outside Garda headquarters in the Phoenix Park today.

“After some research, we found a large majority of attacks happen in broad daylight,” the commissioner told journalists at the specially arranged press conference. “We would advise people who may be vulnerable to avoid walking on their own in broad daylight – if they don’t want to be attacked in it”.

A recent study carried out by An Garda Síochána found attack’s in broad daylight were twelve times more serious than those carried out at night time, and were 43 more times likely to be sensationally reported in the media.

Ms O’Sullivan said that the awareness campaign ‘Stay In Doors’ will to be rolled out next week, and suggested that those in fear should walk the streets during twilight hours to avoid being mugged, robbed or beaten to a pulp.

“Well, you’ll never hear of anyone being attacked in narrow daylight now do you?” concluded the commissioner. “It’s just basic common sense really”.