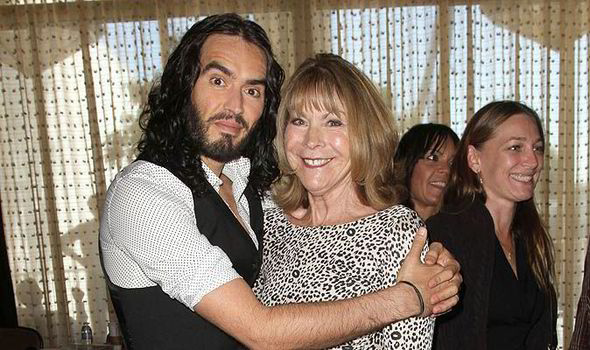 BRITISH comedian Russell Brand requested Scotland Yard not to investigate his mother’s abduction today, stating that he was just glad to have her back after being taken from her home by unknown captors last year.

In a bizarre turn of events, Mr. Brand only revealed today that Barbara Elizabeth had been held hostage for eleven months, stating he had to keep her abduction quiet due to a strict list of demands which are to “remain secret”.

“I cannot divulge any more information into this catastrophic event.” Brand told reporters outside his London home. “I’m just glad my mum is finally back in my arms and I would just encourage all of you to vote Labour. I can’t stress this enough. Please vote Ed Milliband number one. Please.”

Barbara Elizabeth Brand said she was in good health despite being unable to remember anything about the people who took her on July 22nd 2014.

“All I know is this would not have happened under a Labour government.” she said, holding an Ed Milliband campaign flier she just happened to have in her hand. “Whoever took me, fed me well and was very kind to me throughout my stay. I would like to ask the police not to investigate my disappearance as per an agreement we had with the party.”

Interrupting his mother, Russell Brand cut in: “….party of hostage takers. Yeah, these were a party of men. Like a group of men. A social gathering if you will.”

“My mother has had a traumatic ordeal so we would like to go inside now for some rest.” he added, ushering her inside.

Experts studying the brief interview believe Mrs. Brand and her son may be experiencing some form of Stockholm syndrome – a psychological phenomenon in which hostages express empathy and sympathy and have positive feelings toward their captors, sometimes to the point of defending and identifying with the captors.