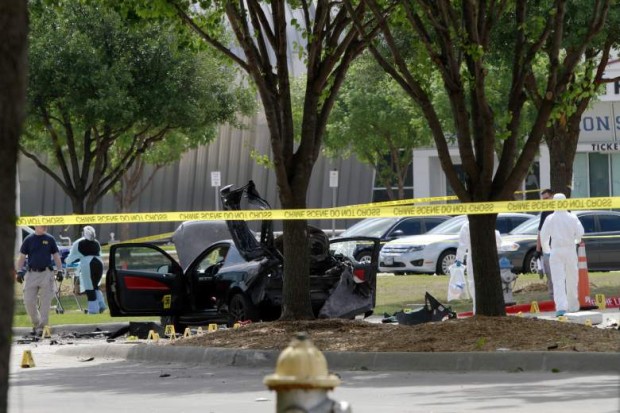 EXPERTS in common sense have confirmed that a Prophet Muhammad Cartoon drawing contest organised by right wing conservatives in America went about as well as expected.

Police in Garland, Texas shot dead two would-be attackers yards away from an event which dangled a $10,000 prize for the best drawing of the Prophet Muhammad.

“A fucking brilliant idea,” local police chief Howard Schumann said after putting his and his officers’ lives on the line so the American Freedom Defence Initiative (AFDI) could host an event which had the clear aim of offending a particular religious group.

“Yeah, from the outset, we had a really good feeling this event would go off without a hitch,” said local police chief Howard Schumann sarcastically, “and I’ve since learned that ISIS are claiming responsibility for the attack so ‘yay shitty art competitions'”.

The overtly anti-Muslim organisation AFDI had set up the cartoon contest in a bid to utilize America’s much vaunted freedom of speech protections. It is understood the freedom of speech event did not take acceptance of any irreverent cartoons of Jesus because that would be truly offensive.

“This is something I treasure deeply and I’m willing to use my freedom of speech in this provocative manner safe in the knowledge that ultimately it will be some soldier, policeman or some other person who will be killed protecting my rights, not me. And that is why America is the greatest country in the world,” explained the event’s chief organiser Pamela Gellar.

Freedom of speech on non-religious grounds appears to be very important to right-wing conservative groups in Texas as just two years ago,they passed a law in the state Senate which stipulated secular schools could be decorated in wall-to-wall Christian holiday decorations in the month of December. It is presumed there was no provision in the Senate bill for the religious observance of Ramadan.

Gellar previously made headlines this time last year when she erected anti-Muslim advertisements which called for all foreign aid to be revoked from ‘Islamic countries’ and also believes ‘secret halal meat’ is being sneaked into school lunches in America.

“We’re all about equal rights for all,” Gellar explained, “but it’s just some of our rights are more equal than those of Muslims”.

Experts offering their opinions on these latest events have agreed that all religions in the wrong hands are equally offensive and damaging as one another.