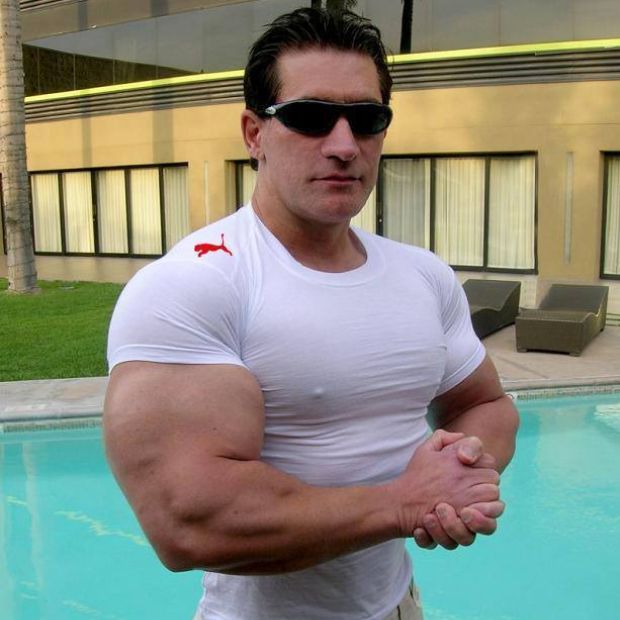 A DUBLIN based fitness fanatic has praised emergency services who rushed to his aid on O’Connell Street yesterday after he collapsed with a suspected case of blood loss to the brain caused by wearing a t-shirt which was several sizes too small for him.

Cathal Hennessy, originally from the Midlands but studying in UCD, is an avid bodybuilder who trains several times a week to achieve his impressively bulked-up physique.

On top of a gruelling workout regime and strict protein-heavy diet, Hennessy also wears T-shirts and jumpers bought in the kids section of Penneys in an attempt to emphasize his huge arms, toned abs, and lack of a discernible neck.

It is believed that despite it not being that warm yesterday, Hennessy was wearing a Transformers T-shirt suitable for kids aged 9-12 when he began to feel faint while walking up and down O’Connell Street looking at himself in shop windows.

Described by onlookers as being incredibly pale in the face while having arms that were going purple, the Athlone native collapsed outside Easons, where he was treated at the scene by the staff of a passing ambulance.

“Mr. Hennessy was incredibly lucky we were in the vicinity, or he may not be here today,” said paramedic Martin Ashford, who was first on the scene.

“We were able to discern that his collapse was caused by his t-shirt being so tight that it was cutting off the circulation to the rest of his body. We cut the garment off, allowing the blood to return to his head, reviving him almost instantly”.

Hennessy is the fifth gym freak to be involved in such an incident so far in 2015, with many health officials concerned that number will only rise during the upcoming summer. Gyms across the country have been urged to place tight T-shirt warnings around their facilities, to warn muscle fanatics of the dangers involved in borrowing their little brother’s clothes.