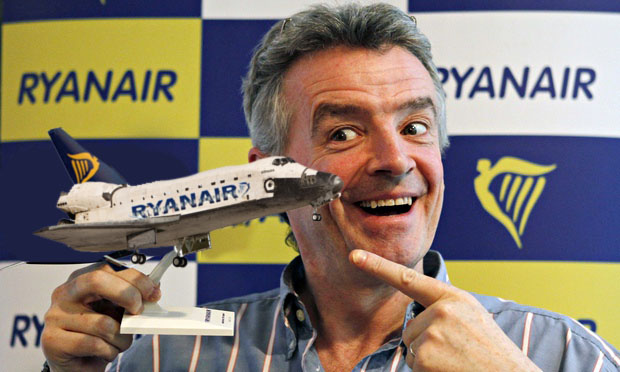 RYANAIR will sell €50 flights to the planet Mars when it finally manages to get the long-haul spacecraft needed as part of an ambitious five-year growth strategy, airline chief Michael O’Leary confirmed this afternoon.

The Irish owned airline has a business plan ready for launching interplanetary flights, but admits it will be three years before it can get the spacecraft needed.

Ryanair said it has approved outline plans to fly between up to three destinations in the solar system, including the moon, Mars and Uranus.

“Oh yeah, we’re definitely doing this,” company CEO Michael O’Leary told WWN. “We’re actually in talks with NASA at the moment about purchasing some shuttles, and we hope to strike a deal by next week”.

The good news comes after Irish man, Dr Joseph Roche, who was shortlisted for a one way ticket to Mars, claimed the company behind the project was fraudulent and was pulling out of the scam.

“This is great news for me and anyone else, let down by the recent Mars mission scam,” said the Trinity College astrophysicist. “And a return flight from Dublin too!”

However, when later pressed as to the exact location on Mars the airline will fly to, Ryanair boss O’Leary backtracked, stating that flights will only land on the Martian moon, Phobos, due to economic reasons.

“But don’t worry, there will be a shuttle flight organised from Phobos to complete the journey to Mars,” insisted the 54-year-old, adding “This will cost a bit extra, but we will get you there eventually.”

The first of Ryanair’s flights to Mars are expected to leave in May 2018, and will take up to six months each way. Passengers will be required to bring their own food and as little luggage as possible to avoid hidden charges.