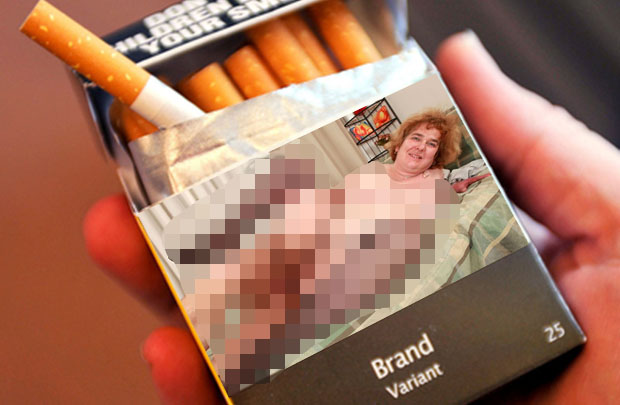 A NEW incentive to stop young people from smoking will see branded cigarette packaging replaced with sexually explicit pictures, potentially of your very own parents.

The news comes following a survey which suggests that recent campaigns to curb smoking among young people, including plain, unbranded cigarette packaging as well as packaging adorned with graphic images of the negative effects of tobacco, are having little-to-no effect.

This latest scheme, which involves the help of tens of thousands of parents across the country, is hoped to be a major breakthrough in the war against tobacco, and enough to put kids off cigarettes for life.

“Plain packaging has no effect, health warnings have no effect, so let’s see how kids cope with paying a tenner to see a picture of their parents going at it like dogs in heat,” said Sean Ashcroft, chairperson for the Irish Anti-Smoking League.

“The photos are donated by the parents and will be randomly placed on every cigarette pack in the country, so no matter where you are or what brand you smoke, you run the risk of buying a pack and seeing a full-colour image of your Dad lashing your Mam out of it”.

Trial versions of the packs have been rolled out across the country, and so far only one Mayo teenager has been unlucky enough to have purchased a pack of Benson & Hedges covered with a picture of his mother getting driven into the ground by his dad. After he had stopped crying, the young boy confirmed that it has put him off cigarettes for life.