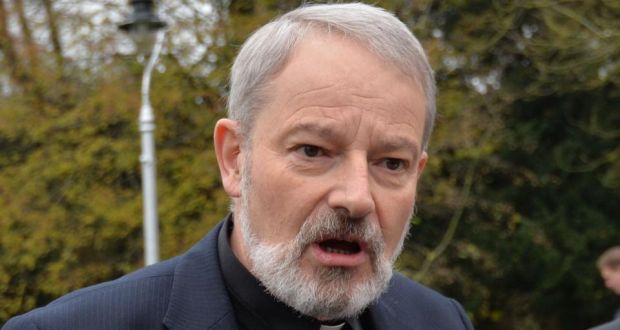 A GROUP of celibate men residing in Ireland are to continue lecturing parents up and down the country on children, despite never actually experiencing parenthood themselves.

The religious sect, whose own history with minors has been somewhat questionable, today forwarded one of its area supervisors, commonly known as a Bishop, to speak to national radio station, Newstalk, in a bid to direct those listening that may have no opinion of their own.

In the segment, Bishop Kevin Doran compared being gay to being born with Down syndrome when it was suggested that it could be as God intended, pointing out that neither “sufferer” was capable of parenting and could pass on their affliction to the innocent child.

The son of three then told Newstalk presenter Chris O’Donoghue that gay couples who have already adopted children were ‘not parents’.

Bishop Doran added that the “the jury’s still out” on whether people are born gay, but felt little or no need to discuss how the jury is also still out on whether the Catholic church’s taxation designation is correct, or if its place in education should be amended.

Acknowledging that he is not an expert in any way on human sexuality, Bishop Doran carried on talking anyway.

Jesus, who famously had two father’s in God Almighty and Joseph, is historically recorded as having not been turned aggressively homosexual despite this reality.

Bishop Doran echoed the sentiments of his church’s leader Pope Francis, when he earlier this month condemned people who do not have children as selfish, seemingly forgetting he himself had committed to life of selfish, child-free celibacy.

Today’s interview is thought to be only the 12,457,689,387th incident by a member of the Catholic Church engaging in rank hypocrisy.

Members of modern Irish society have been reassured they won’t have to be exposed to ignorant proselytising from religious figures on national broadcasting platforms once the Marriage referendum is passed in May.