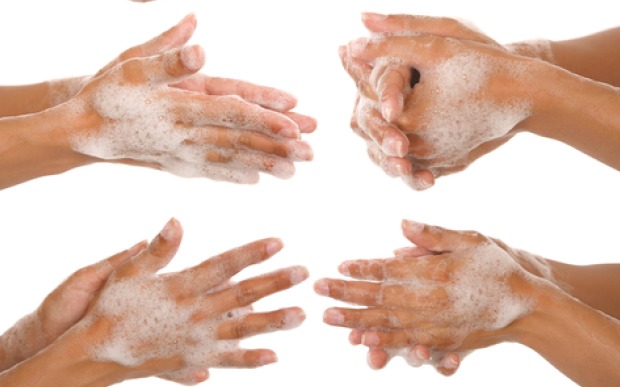 OBSESSIVE compulsive disorder, or OCD for short, is a frequently debilitating anxiety disorder which causes untold hardships for those affected by it, and could also be your ticket into conversations at school or at work by making you seem quirky and interesting to those around you.

With manic depression being too much of a buzzkill and tourette’s being too loud, OCD is the mental disorder that’s just goofy enough to make you stand out in the crowd. Using this helpful guide, you can tell everyone that you’re totes OCD without having to actually suffer through the hell of having your mind trapped in a prison of its own making!

True sufferers of OCD often go through torturous daily routines dictated by thoughts and fears which the average person couldn’t hope to understand. That’s not a great opener for a conversation at the water-cooler, so instead just tell people that you could barely enjoy watching Strictly Come Dancing last night because 12 was too quiet, 14 was too loud, and having the volume on 13 just makes your OCD “go crazy”.

Nothing says you suffer from mental illness quite like a really clean workspace, so be sure to get really angry if anyone moves your stapler or leaves anything “in the wrong place” at your desk. Again, stress that you’re “pretty OCD” about your working area, because OCD is something that only affects certain places such as where you sit in an office, or your car, and not every single thing you encounter during every waking minute of your life.

Carry a little bottle of hand sanitizer with you

Be sure to always have a little bottle of hand sanitizer with you during the day, and use it to clean your hands before you eat your lunch. Some OCD sufferers can’t leave the house because their mental disorder manifests itself as a dread that every single thing they touch will kill them, and as such they become locked in cleansing rituals which their fragile mind tells them they need to adhere to in order to live… which is practically the same as you exercising basic good hygiene before eating a ham sandwich.

Don’t step on cracks in the pavement

Take your new-found anxiety disorder outside, by occasionally walking around a crack in the pavement and claiming that you’re “so OCD” about standing on it. Some people with OCD suffer an endless, uncontrollable barrage of mental images in which they witness scenes of horrific violence, torture, animal cruelty, rape, and the death of loved ones, but luckily for you, your obsessions are solely about grouting joints on a footpath.

Claim your OCD is “acting up”

If time has passed without you mentioning your OCD, people around you may start to realise you’re actually quite a boring person. Remedy this by stating that your OCD is “acting up”, thus turning the attention back to you where it belongs. Despite the words “Obsessive” and Compulsive” making up two-thirds of the term “Obsessive Compulsive Disorder”, you should be able to convince people that your OCD is something that only occasionally flares up, like acne, or that rattle in your car’s engine.