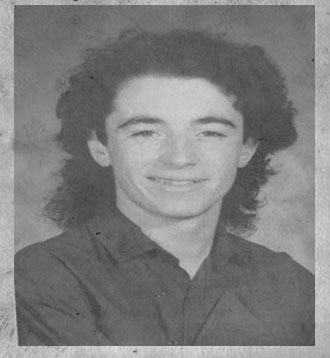 LOCAL man Roger Mahon is talk of Waterford City following his decision to ‘look like one of them fellas off the TV’ and change his hairstyle to the new, hip and never to go out of fashion ‘perm’.

Mystery still shrouds how exactly one gets a perm but Roger, 23, happily posed with friends and family for photos, giddily pointing upwards to his head in each one.

“Ah, I feel fairly fuckin’ cool all the same. It’s like I’m in Dallas or something,” Roger told WWN despite perms having no real tangible link the popular show.

Current speculation surrounding perms suggested they were first invented by the Greeks and that you have to apply to the local council for approval first.

When asked if he will regret being such a trailblazer and early adopter of the popular hairstyle Roger’s answer was definitive.

“I will in me hole. You want to see the looks I was getting off the young ones when I went to see E.T down the cinema at the weekend,” Roger explained, “only phoning home they’ll be doing is to their Mammy saying they won’t be home ’cause they’re off to ride some slick fucker with a perm… the slick fucker is me in case it wasn’t obvious. I’m the slick looking fucker”.