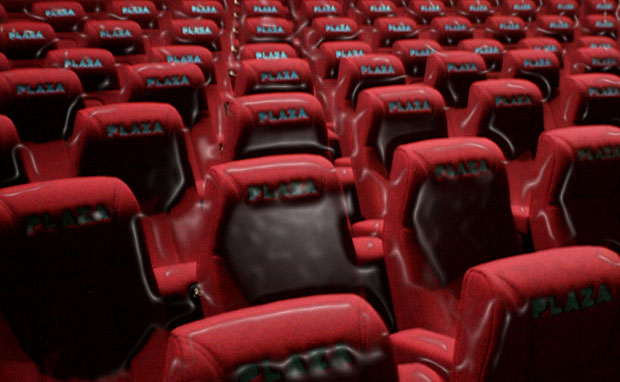 CINEMA chains across the country have taken drastic measures to preserve the upholstery of the seats in their screens ahead of next week’s long-awaited release of 50 Shades Of Grey.

Based on the best-selling novel by British author E.L. James, 50 Shades Of Grey tells the story of a young woman’s journey into the world of kinky sex after she begins working for bondage enthusiast Christian Grey. With a budget of $40 million, mostly spent on nipple clamps and whips, the movie adaptation will be released on the 13th of February starring Dakota Johnson and Jamie Dornan.

Given the popularity of the property among women aged 18-to-dead, cinema owners are expecting a huge turnout on opening weekend, as sexually frustrated wives and girlfriends rush to see the erotically charged pages of their favourite novel come to life onscreen.

In a bid to curb an expensive cleanup following each screening, management at cinemas have begun fitting wipeable plastic covers to theatre seating where the saucy new movie will be shown.

“We went out and we bought up thousands of seat covers at a discounted price,” said Steven Brennan, spokesperson for the OmniScreen chain of cinemas.

“It’ll cut down on the amount of time we have to spend shampooing the seats after each viewing, and having to wait for them to dry. Our teams will be able to run in with a couple of chamois cloths and have the screen ready for the next showing in minutes”.