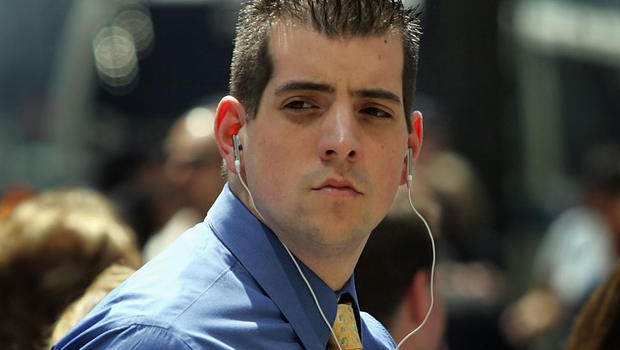 A RECENT study carried out by the International Research Institute (IRI) has confirmed what has long been suspected by the earphone wearing public: wearing earphones is still the best way to avoid engaging with other human beings.

“Millions of headphone or earphone wearers the world over often does so to avoid the dreadful possibility of having to talk to a fellow human being,” confirmed head researcher at the IRI Frederick Hertz.

The study conducted by the IRI was carried out over the last several years and has made some revelatory observances.

The more introverted the person, the larger the headphones as those particular people had the most disdain for awkward chit chat.

“Oh God, my life has changed since I got these massive headphones,” explained John Kelly as he was reluctantly drawn into conversation with this reporter, “I can now walk down busy streets, ignoring everyone and they know not to bother trying to talk to the fellow with earphones in. The odd time I hear someone shouting ‘John’ despite the loud music, but I just walk on ignoring it all”.

The non-headphone wearing public have always reluctantly avoided striking up conversation with headphone wearers as they were often completely ignored. Some have acknowledged the sense of a large impenetrable force field which covers the headphone wearer, but only with this study has it now become fact.

Some people had spoken of a palpable and at times crippling fear of the outdoors on the occasions they have forgotten their earphones. The study also confirmed those that took to covering their ear holes while walking around were less successful in avoiding conversations.

“I don’t even listen to music on them, they’re not connected to an iPod or my phone or anything. They kind of act as buffer zone to conversations. I don’t think I’ve had to talk to an auld one at a bus stop about the weather in over 5 years,” explained study participant Noel Corless.

Human beings, famous for their unease and intolerance of other human beings are likely to see an increase in the numbers wearing headphones following this comprehensive study.