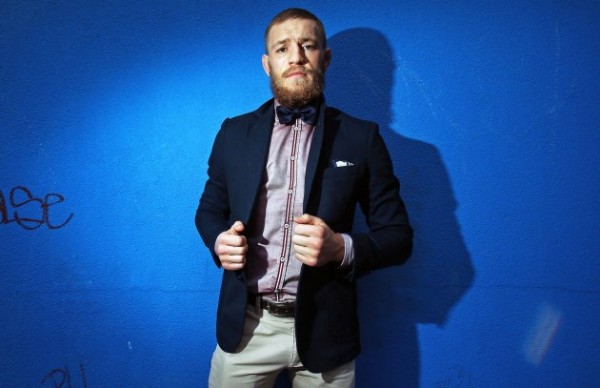 WWN can exclusively reveal that there has been a remarkable increase in pricks dressing like Conor McGregor following the indomitable UFC fighter’s latest victory.

McGregor’s steady rise to the top continues apace following his impressive knockout of latest opponent Dustin Poirier and the Dublin fighter’s legion of fans have reacted with unbridled joy.

However, staying up until the wee small hours on Sunday morning to catch McGregor’s Las Vegas fight is not the only way people have shown support for the irrepressible Dubliner, following this victory the increase in people dressing and trying to look like Conor McGregor has increased by some 60%.

“Those figures could be somewhat unreliable as they all look so bloody alike with their beards and haircuts,” explained Peter Yardley, head of research for the Irish MMA Society, who admitted there has been a big increase in ‘McGregor-alikes’ after each of the fighter’s bouts.

Thousands of young Irish men have found something in McGregor’s gregarious nature and pugnacious spirit that has captured their respect and giddy man-lust.

“We’re seeing something similar to when young children make a new friend in school who is seemingly cooler and more impressive than them,” explained Yardley, “at first they simply start repeating turns of phrase or sayings the cool kid utters, before eventually dressing exactly like them with the long term aim being to murder and replace them without anyone noticing”.

“In McGregor’s case this is quite widespread – men with beards, a slick Irish brogue and a questionable haircut simply didn’t exist before his emergence onto the MMA scene. Now we’ve seen his influence spread as young men who are also, incidentally pricks, seek to be as cool as their idol,” added Yardley.

Young men who would have previously suggested wearing a cravat as a sure sign you’re a ‘gaybo’ regularly agonise over which one to wear with their new three-piece suit asking themselves at every turn ‘what would McGregor do?’

The quest to look like McGregor has been helped by many barbers now advertising the McGregor ‘look’ in their windows and the newly established ‘How to look like Conor McGregor’ degree in UCD fully subscribed with 300 students availing of the 4-year course.