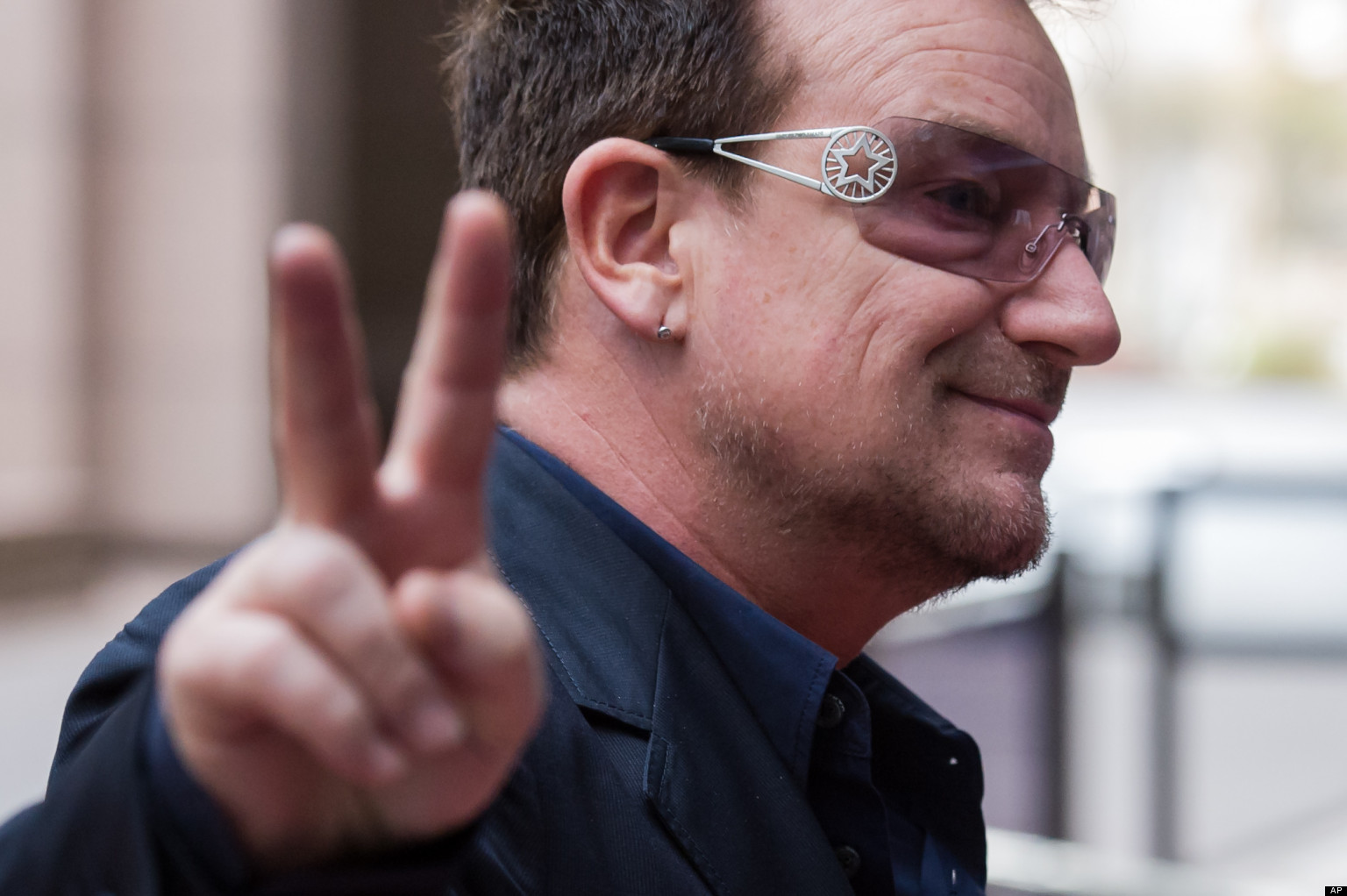 IRISH singer, songwriter Bono has put himself forward as a ‘last resort’ to help broker a peace deal between the Israel and Palestine leaderships, he has revealed today. The news comes just day’s after the International community gave up all hope of a truce.

The U2 front man is expected to arrive in Tel Aviv later this afternoon, where he will meet Israeli Prime Minister Benjamin Netanyahu and Hamas leader Khaled Mashal for talks.

In a rare interview with WWN last night, Bono described himself as “the final solution” for the ongoing war between the two nations, and expressed full faith in himself and his abilities as a negotiator.

“As a godlike figure myself, I feel partly responsible for all this fighting.” he said. “I’ve been so busy fixing other third worlds lately that I just totally ignored this whole Israeli thing. Barak Obama mentioned to me over dinner last week, so I said I’d give it a go.

“He suggested I’d go over and fix it before it gets out of hand. Barak knows how I roll. Sure himself and the wife wouldn’t be here if it wasn’t for me and Geldoff!”

This morning the International community welcomed the move, with French president Francois Hollande praising the singer for his courageous efforts.

“We were kind of worried in case we’d have to intervene in the matter ourselves,” said Hollande, who earlier warned Israel to back down from its offensive. “Thankfully, no one called our bluff.

“Hopefully Bono will sort it. If anyone can do it, he can.” he added.