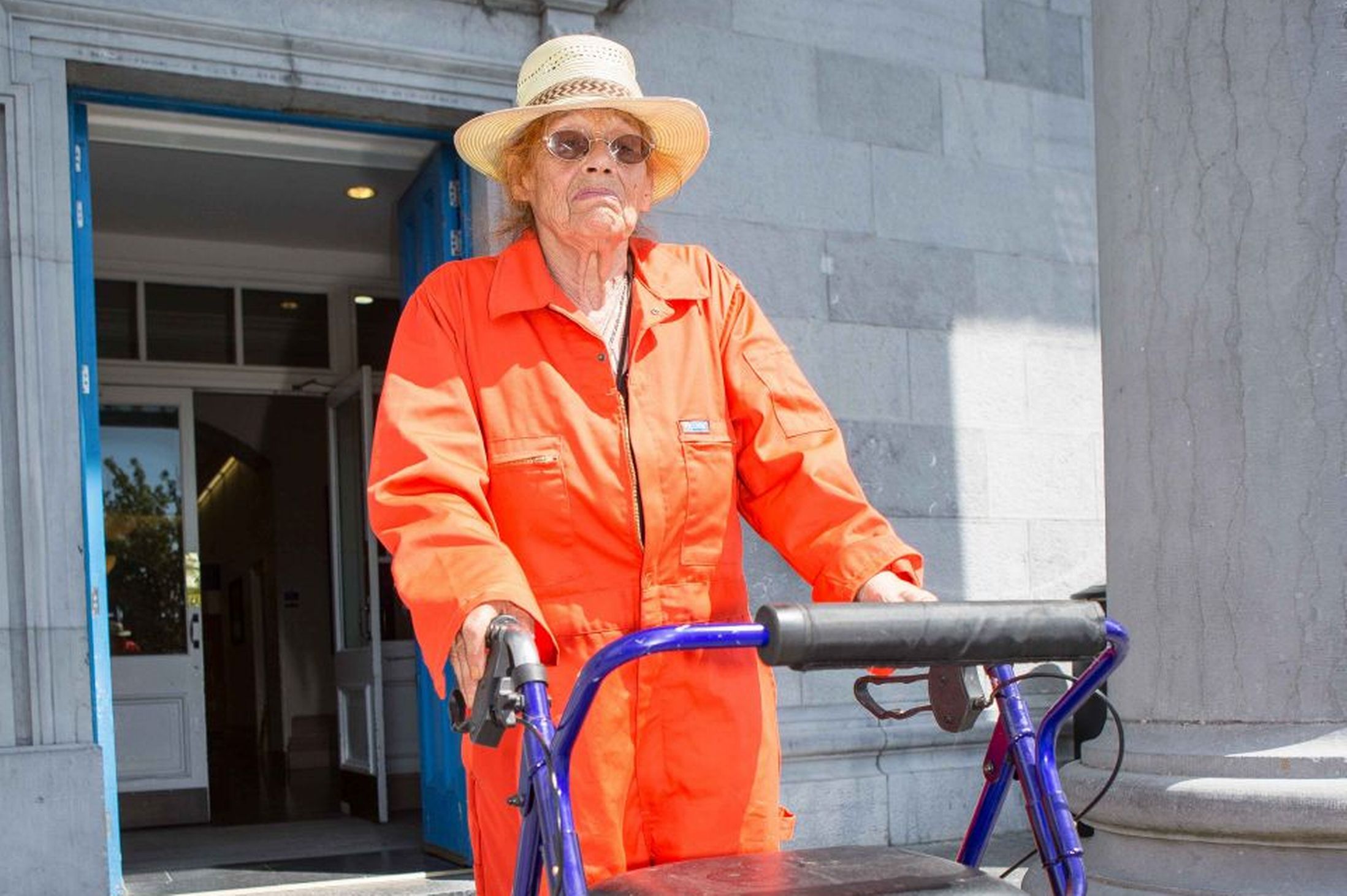 THE people of Ireland breathed a sigh of relief today as Minister for justice Frances Fitzgerald announced that the notorious criminal Margaretta D’Arcy is tonight behind bars, where she belongs.

80-year-old Ms. D’Arcy has been a constant threat to the safety of Irish civilians for years, following her refusal to cease protesting the landing of military planes at Shannon Airport.

With the octogenarian cancer patient now in custody, Minister Fitzgerald has assured the public that it is safe to leave their homes once again.

“Folks; we got her!” beamed Minister Fitzgerald, who watched the arrest of the peace activist from Leinster House via a camera feed from the Garda SEAL team who swooped on Ms. D’Arcys Galway compound last night.

“This has been a hellish few years on us all, but we can finally go back to the old days;  where you could leave your front door open at night without fear that you might never make it there alive”.

The news was welcomed by people across Ireland, who feared the Garda Siochana would fail in apprehending the criminal.

Galway resident Sean Gaughan spoke of his joy upon hearing the news: “It’s just great that we can let the kids play outside without fear of them getting shot by stray bullets during a botched hit ordered by Margaretta D’Arcy”.

“I must admit, I was critical of the Guards for years. I always thought they just chased after petty bullshit like speeding fines and TV licence evaders. After today’s news, I have nothing but respect for the Justice department, and I think Minister Fitzgerald deserves a big fat raise”

Margaretta “Mad Dog” D’Arcy will serve two weeks in prison before being released back onto the streets.

Citizens are advised to enjoy this crime-free fortnight while it lasts.