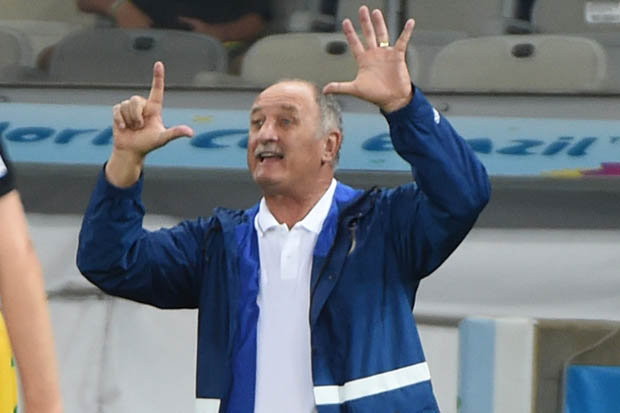 WWN has all the latest from the World Cup in Brazil.

The fallout from Brazil’s catastrophic capitulation against Germany, which saw them ship 7 goals is still proving incredibly hilarious to a large portion of football fans.

David Luiz has fled the country, chopping off his elegant yet comical mane for a simpler life as Diego, the lobster boy, who now works off the coast of Seattle on a trawler. He will feature on the upcoming 12th series of Deadliest Catch.

The Brazilian government have acted quickly to shift focus from the humiliating defeat by announcing that hockey is now the official sport of Brazil, replacing football as it is now illegal to play it in the country once the World Cup is over.

FIFA are investigating claims that the Brazilian team were drugged the night before the match and had their legs surgically removed, with the legs of awkward and clumsy teenagers taking their place.

WWN cannot confirm reports that Sepp Blatter had placed a $1 million bet on Germany winning 7-1 before Tuesday night’s kick off.

The RTÉ panel were left so shocked by Brazil’s performance, RTÉ extended their post match analysis to 4 hours.

Lionel Messi has finally done it, he has cemented his place in the hate-filled hearts of the Argentinian people who rightly believe Messi has let them down. Argentina are thought to be apoplectic with rage as Messi failed to emulate Maradonna’s feet of scoring 12 goals in 4 minutes in a World Cup semi-final.

Argentina progress to the final after beating the Netherlands in what have critics have hailed as a ‘shit’ match, but the plaudits do not end there as many football fans agreed that they couldn’t fathom why some players would play cautiously on the biggest and most important night of their lives to date.

Sadly, Tim Krul had to sit out the penalty shootout as an unused substitute, but replays show he approached each and every Argentine player on the halfway line to inform them their families had tragically died that evening. Gamesmanship at its best.

Following the match Arjen Robben announced his retirement from international football at the age of 54.

Saturday sees the third place play off between Brazil and Holland take place. Brazil have already declared that they will only field Fred in an attempt to take the heat off the rest of the squad.

On Sunday Germany will take on Argentina in a match that will be watched by an estimated 12 people in Biddy Kehoe’s pub just outside of Clonmel, beating the previous record of 8 for the Rose of Tralee in 1989.