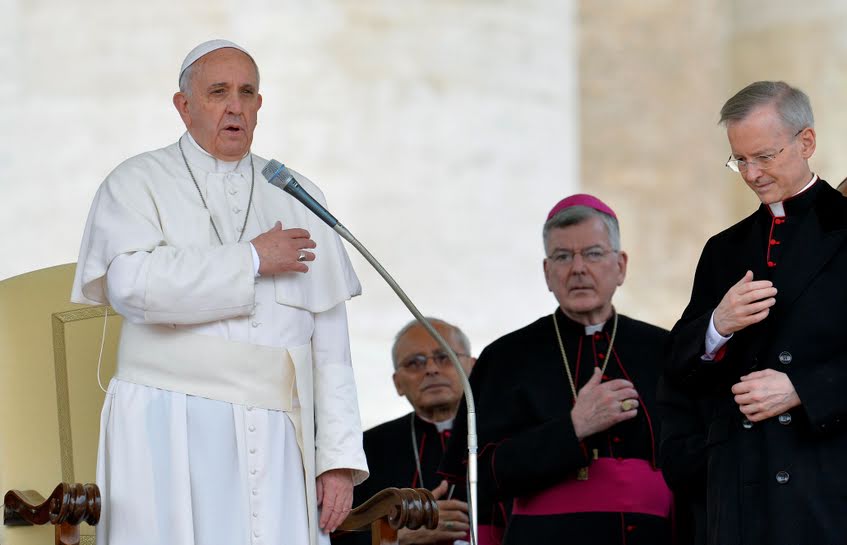 THE VATICAN last night dismissed suggestions that the God our father had any knowledge of sexual abuse scandals committed by 4,392 Catholic priests over the past 60 years.

A spokesperson for the Vatican denied that God, 84tn-years-old, knew about the ongoing molestations prior to the first reported case twenty five years ago.

The supernatural creator and overseer of the universe is named with hundreds of other church officials in a letter written in 2005 suggesting he, and all those who worked for him, were aware of paedophile priests.

Yesterday, Vatican spokesman Fr. Federico Lombardi said he only learned about the allegations against God earlier this year when a copy of the letter was emailed to him, and was “shocked” by the news of the charges.

He said in a statement to WWN yesterday that God the almighty did not know anything about the scandal and was oblivious to the goings on in the church for most of its history.

Reading from the statement, Fr. Lombardi said: “The Lord stated categorically that he knew nothing of any misbehaviour committed by any priest between the years 1950 and 1985.

“God delegated the religion to the Vatican over 2000 years ago”

“He was totally unaware of any wrong doing.”

However, God did not respond to the allegations personally yesterday.

Lombardi said things were pretty hectic in the kingdom of heaven at the moment and that God was very busy creating really important stuff.

The letter surfaces in the midst of mounting scrutiny over Gods ‘laxadaisy‘ attitude.

“These allegations are ludicrous,” he said. “You can’t just accuse God the almighty of something and then expect to get away with it. The next few years are going to be tough on us all.”