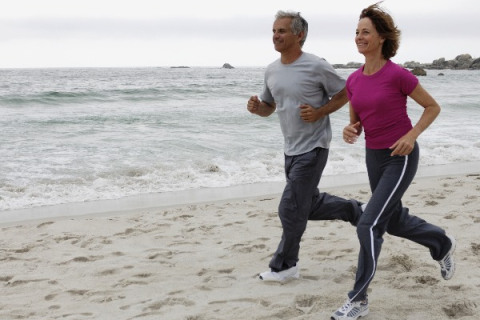 COUPLES who insist on jogging everywhere together are 98% more likely to be “smug pricks” compared to their single jogging counterparts who are just 33% as likely to be the same, a new study has revealed this week.

The study found that men and women who were in a 10 year relationship or more were three times more likely to be smug about the whole jogging together thing.

“We found that mature running couples found great enjoyment out of sneering at passing pedestrians and joggers,” stated Dr. Henrick David of the world institute of human behaviour studies.

Mr. David also stated that many partnerships believed their outward display of solidarity gave them a heightened sense of grandeur amongst those weaker and less fortunate than they.

Study participants Jack and Geraldine White told WWN they in fact detested most people outside of their immediate circle of friends, and found that running together mentally puts the rest of the world in their place.

“Myself and the Ger just love running past fat, miserable people with no self worth or basic training routine.” explained the father of two university graduates. “People just look at us and are completely envious of our chiselled physique and harmonic comradery. You can tell by their jealous stares that they only wish they were as athletic and successful in life and marriage as us two are.”

“And to be honest: nothing tingles my bollocks more than that feeling of superiority.” he added. “Call us smug if you will. I’d call it ‘winning’.”