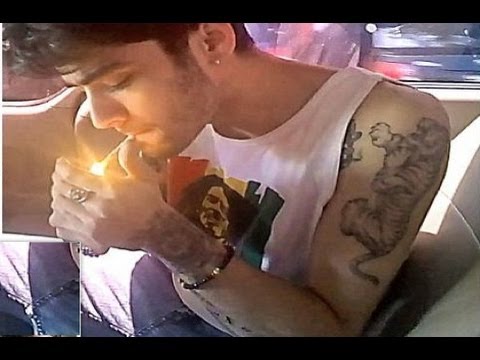 A SPOKESPERSON for boy band One Direction has told WWN that the members were coerced into smoking cannabis, taking a video of them smoking, and boasting about it by a group of unknown older boys.

“The members of One Direction normally would never consider taking part in that activity. However,even in their early 20s, the lads are very impressionable, and really looked up to this group of older boys.”

“These older boys also were much bigger than both Zayn Malik and Louis Tomlinson and swore that the two would be uncool forever if they didn’t make a video making it seem like they smoke weed every day.”

When WWN asked why he had sang the last 3 words, the spokesperson replied “The boys thought it would really funny and paid me $1000.”

Despite this, there are fears amongst the band’s management that the video could destroy their squeaky clean image.

However, we spoke to Stacey Reynolds, President of the band’s fourth best One Direction fan club, IWant1DInMe.tumblr.com, who says that her members are now intrigued by the idea of drugs.

“Like, I had never ever wanted to even think about drugs before now. Like, I’m not even joking. But after seeing Zayn in that video, OMG, he’s my fave so cute, I really feel like trying some crack.”

Not all the responses have been positive though.

Editor of GangeGrowers.ie Pad-day O’ Mar-lay, has condemned the group’s actions claiming that they have de-cooled the legalisation of cannabis movement.

“You hear me an’ ‘ting? Before, lettin’ al de people know ya chuff da ‘erb through vidyos and ya clothes was bash an’ ting. Now is been ruined and I speak for al de people of Kerry when I say dat.”

One Direction have just finished up a 3 night stay at Croke Park and it is unclear whether the older boys will follow the band on the UK and European legs of their tour.