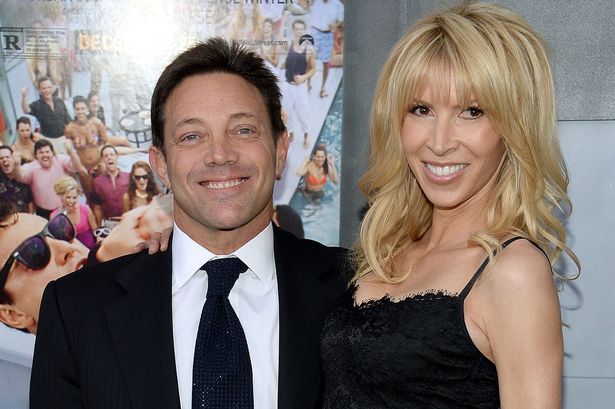 A packed RDS welcomed a man from that movie you watched that was class last night.

The man played by Leonardo DI Caprio, Jordan Belfort, dispensed his knowledge to nearly 3,000 hopeful and ambitious entrepreneurs which he has amassed over a lifetime of being morally repugnant.

Belfort, who defrauded mainly working and middle class people of their money and life savings, delivered priceless advice to thousands of business people who have yet to download the new moral compass app for their smartphones.

Belfort spoke much of learning from mistakes and claims he will make as much as $100 million this year despite only paying $21,000 in recent years to victims he defrauded of as much as $200 million.

It is believed those in attendance, particularly admired his current repayment plan to victims.

“I wasn’t sure about paying the money to see him, but he told us we’re all rich now because he talked on stage, so naturally, I’m over the moon,” shared business student Liam Folan.

The so-called ‘Wolf of Wall Street’ led the audience in beating their chests, joyously mimicking a scene from the movie which never occurred in real life.

He finished the talk by inviting people up on stage, allowing them to roll around in money, often encouraging them to hump it and gain sexual gratification.

Many in attendance were seen offering up human sacrifices to Belfort in exchange for money but he politely declined.