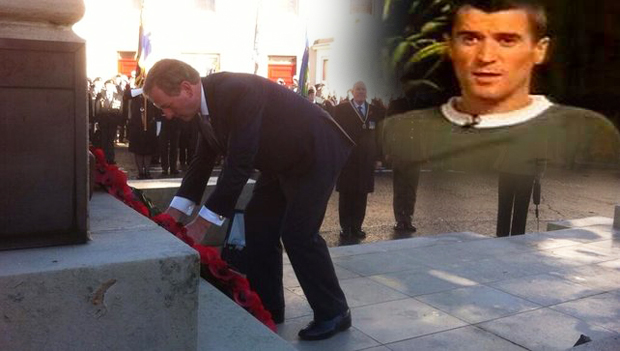 “You can stick your World Cup up your arse,” Keane said, and with that a country was on the verge of civil war once more.

It is, inarguably the most haunting day in Irish history. To utter ‘Saipan’ in Ireland often causes sitting rooms up and down the country to grow silent, tense. Children cower, afraid to speak out.

Many young men, so incensed by the incident at the time and full of youthful passion took sides against their fathers, forcing them to leave home, forever banished. Some of those affected would go on to form the well known support network the ‘Lost Children Of Saipan’.

Several other support groups such as ‘Orphans of Keano’ gained less publicity, but provided a welcome refuge for those lost in a sea of troubles without an anchor.

The maxim ‘do you remember where you were when’ is but moot, so engrained is the painful incidence in the Irish psyche. Families divided, a Nation at each others’ throats. Even today, 12 years after the ‘Saipan incident’ many men and woman lean in, brows furrowed and ask the question: ‘were you with Keane or McCarthy?’

The scars are slow to heal on this open wound, but the Taoiseach today took leave of the country in the Government’s private jet first to Japan before laying a wreath of remembrance on the infamous site of Saipan.

In a moment of quiet reflection, Enda Kenny placed a replica cone and bib next to the wreath before wiping a solitary tear from his eye.

He spoke briefly to assembled media. Remaining somber throughout. “A date that is drenched in darkness, but we must hope for what are we without hope, but an inadequate training facility at the world’s premier sporting event.”

While many stop and pause for a minutes silence at 6.01 pm this evening, their thoughts will turn to those involved in the incident and think ‘where are they now?’ Niall Quinn, Steve Staunton, Mick McCarthy and of course Roy Keane will no doubt take a moment to reflect on the past 12 years, their roles and how it tore a nation apart.

Keane will continue his ritual of spending the day with the only one who believed his version of events fully, his dog Triggs, who now resides in a tomb at an exclusive pet cemetery.