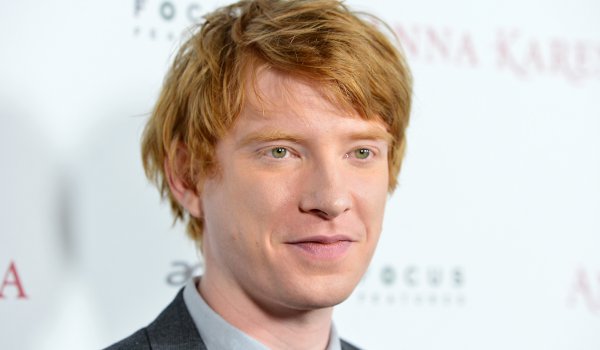 ALTHOUGH plot details on the next instalment of the Star Wars saga are scarce, Irish actor Domhnall Gleeson has let slip a few nuggets of information about the character he will be playing, which he has described as being a “space pikey”.

The young actor, best known for his role as Brendan Gleeson’s son, blabbed the top-secret Episode VII storylines while hammered at an after party of his new movie Frank.

“I basically play the Blackie Connors of Tatooine” blabbed the red haired thespian, whose real name is Donal Gleeson.

“I’m caught robbing the landing gear off of the Millennium Falcon by Chewbacca, and there’s this really funny bit where me and Chewie understand each other. That’s how my character gets mixed up with everyone else, and we all go off on a mad one altogether”.

This will be the second time an Irish traveller type character will feature in a Star Wars movie, as the crime boss Jabba the Hutt, originally played by an Irish actor, was later cut before being replaced by the animatronic slug creature. In order to ensure that history doesn’t repeat itself, Mr. Gleeson is doing everything he can to ensure his performance stays in the film.

“Yeah, I’ve been living on a halting site for six months now, trying to get the accent right” said Gleeson, as executives from Disney waved non-disclosure contracts at him from the sidelines. “I’ve been trying to get into the mindset of a Traveller, so that I can bring it to the movie.”

“There’s a scene where I have a bare-knuckle fight with a Stormtrooper, and also one where I try to convince Luke Skywalker that ‘these are the gates he’s looking for’. I’ve seen some concept art for this CGI creature, it’s kinda like a dog but not really a dog… kinda like a space dog, if you know what I mean. Anyways, my character owns about ninety of them”.