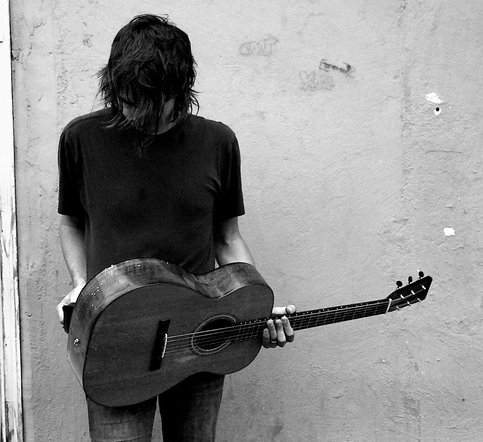 WWN can exclusively reveal that Galway based singer-songwriter Conal Solemné is frantically looking up words that rhyme with ‘love’ ahead of the recording of his debut album ‘Me & You’.

Conal has forgone cool, trendy music such as EDM and Dubstep to focus on a pared back bare sound which focuses solely on deep and authentic emotional resonance.

“I’ve mainly been concentrating on what is to be loved and love in return, but I can’t use that a lyric because it was originally used in a song on the Moulin Rouge soundtrack. That’s why I’m typing away here on the internet,” Conal shared with WWN.

“You’ve got ‘glove’ there which could come in handy at some point, but I’ve a real soft spot from ‘above’,” Conal confessed trying to hide the many emotions he was experiencing simultaneously.

Conal is recording his much anticipated debut following the positive response his ‘Sad’ E.P received. While the reputation of singer-songwriters has taken a hit over the years Conal is confident he will be able to gain some fans.

“Ha, well luckily for me, I’m quite attractive actually, so that’s half the work done thank God. I take the music very seriously obviously but it helps when my core demographic want to sleep with me, that’s worth about 20% extra in t-shirt sales revenue.”

While it is not yet known what the final version of Conal’s album will sound like it is likely that ‘glove’, ‘dove’, ‘above’ and ‘shove’ along with other words will make an appearance.

“Jesus, I’m great at naming the songs, don’t get me wrong, but the writing is tough enough. Like last week I came up with ‘Now She’s Gone’…that was bloody good, so I took the rest of the day off. Coming back to it now with other words and that is a fucking nightmare.”

Conal would not be drawn on his writing process, but from what little WWN saw of him googling ‘words that rhyme with love’ we can expect big things from this talented Galway man.

Conal will be appearing on the stage no one really goes to at festivals around the country this Summer.