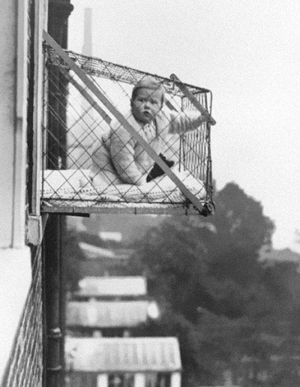 Following the establishment of the Irish free state in 1922, vast quantities of buttery mashed potatoes were distributed freely by the new government in a bid to strengthen the weakened population of Ireland.

The high calorie diet soon became commonplace in every home around the country, forcing many young children into a life of obesity.

By the Summer of 1924, first Irish Taoiseach Éamon de Valera announced a nationwide obesity epidemic, stating that one in every three children in the republic were overweight.

In September 1924, Mr. De Valera passed a bill in the Dáil to tax families of obese children. The bill stated that any household with a child of a BMI greater than 26, would be taxed 3 and 6 pence per unit over the Body Mass limit.

Fat Inspectors were contracted by the government to visit homes across the country to weigh children.

Unsurprisingly, many families could not afford the new tax.

However, due to a loophole in the bill that stated the child had to be actually living ‘IN’ the premises, many clever parents erected ‘Child Nests’ on the side of their homes.