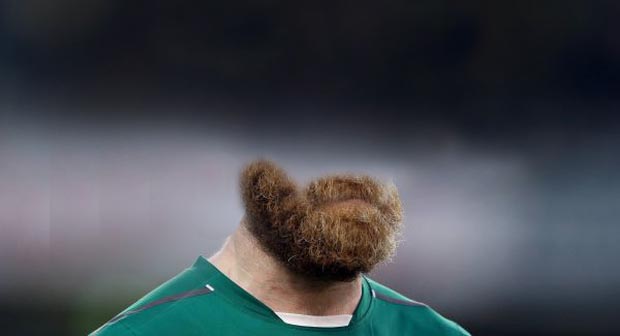 The lineups have been announced ahead of the much anticipated 6 Nations clash between Ireland and Wales this Saturday.

Paul O’Connell is reinstalled and will captain the side that ,at first, appeared to contain no surprise selections.

Upon closer inspection of the team sheet it became apparent that Leinster and Ireland centre Gordon D’Arcy has not been selected, preferred instead to his ever dominant beard.

While at first it appears a strange call by coach Joe Schmidt in only his second 6 Nations game many pundits believe D’Arcy’s beard could be the key player for the Irish.

“The beard’s relatively inexperienced, but the coach has gone with him and we fully support the decision,” said Brian O’Driscoll, the other half of Ireland’s centre partnership.

Captain O’Connell confesses he too was surprised by the beard’s inclusion ahead of D’Arcy himself but expects a good performance. “Obviously Gordon will be on the pitch, but the beard has evolved to the point where it has reached sentience so will be making all the calls. I’ve been impressed with him at the breakdown, but at times he is verging on the feral.”

Ireland kick off against Wales this Saturday at 2.30pm