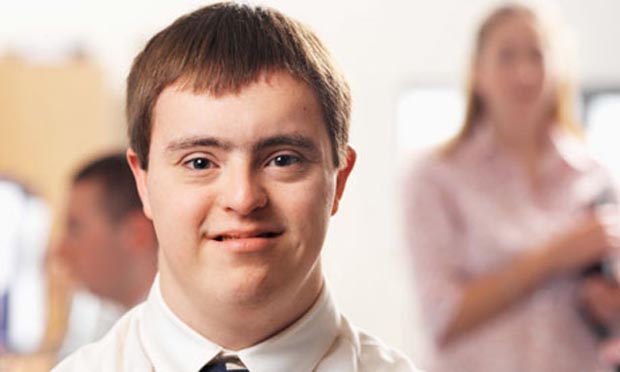 WWN can report that David Singleton, a 22-year-old man who has Down syndrome, was patted on the head for a record 245th time today.

David, one of close to 2 million Irish people currently in employment was said to be quite frustrated with some people’s inability to recognise his status as a fellow human being, brother, son, friend, peer and taxpayer.

“I don’t know why they do it to be honest,” expressed David on his way home from work. David went on to point out he was not one of the 10% of people who did not receive their leaving certificate, nor was he part of the 12% of people currently unemployed.

David, who has been working in a Kildare branch of Tescos for close to 5 years confessed he was increasingly disappointed with Irish attitudes to those with Down syndrome, and their tendency toward infantilisation.

“Now and again I’m patted on the head for absolutely no reason. Now I’m not one of those employees who walks around with their phone out texting, or ear phones in my ears. I actually know good customer service. I’m not an idiot.”

David also responded to news that the ‘Down Syndrome Equality of Access Bill’ had been fast-tracked to committee stage in the Dáil. “We’ll have to wait and see, the Minister for Education seems to have his own agenda, but Finian McGrath has done great work promoting the issue.”

The 22-year-old was at pains to discourage any hint of condescending towards people with Down syndrome. “I’m my own person, I can fight my own battles so there is no need to pat me on the fucking head.”

Show your support for the athlete’s competing in the upcoming European Olympics in Brussels by joining the #gearupforthegames campaign online via Twitter or Facebook.