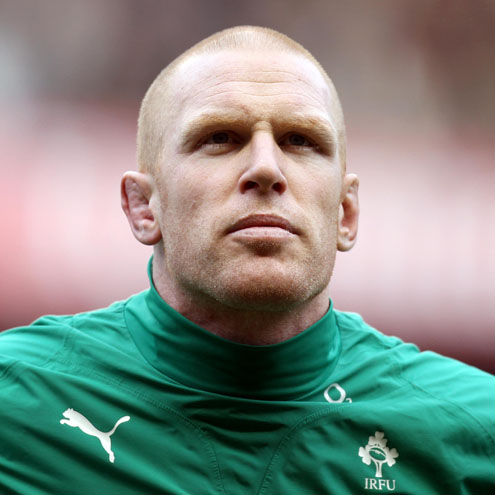 With just under an hour to go before Ireland begin their 6 Nations campaign against Scotland, WWN can report the Irish team are deep in concentration preparing for the opening match.

Paul O’Connell, installed once again as Ireland’s captain, is believed to be lost in an interior monologue in an effort to ensure his emotions don’t get the better of him.

The playing of the national anthems, an emotional time for both fans and players alike, has been known to push even the most hardened of men to crack and cry like a baby. Notable examples include former Irish international and man-mountain John Hayes.

O’Connell, a mythic figure in Irish rugby, is expected to be a great source of inspiration for the Irish team throughout the tournament.

‘Don’t you dare turn on the waterworks Paul,’ O’Connell told himself as he laced up his boots in an anticipation of the match ahead.

As the Nation’s rugby fans watch with bated breath to see how Joe Schmidt’s Ireland kick off the campaign in search of grand slam glory, O’Connell, for the moment, is focused on keeping his tear ducts shut.

‘Ah Jesus Paul, why on earth are you thinking about Mammy sitting up in the crowd. You know that’s sure to set you off,’ O’Connell scolded himself.