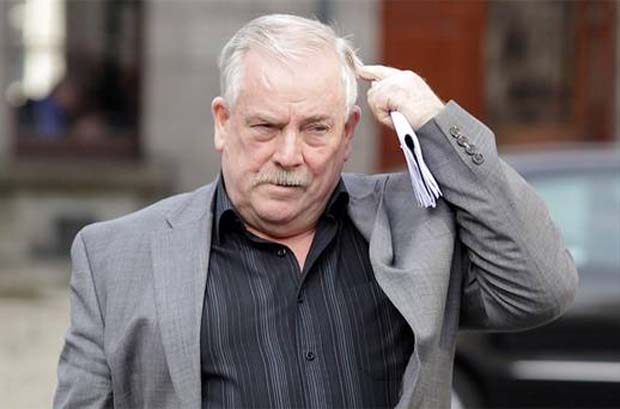 Minister for Health James Reilly has announced that the contract to build the new National Childrens Hospital has been awarded to disgraced Priory Hall contractor and ex-IRA Hunger Striker Tom McFeely.

McFeeley, who appears to have more than made up for his Hunger Striking days, was said to be elated at the decision which will see him return to the construction industry after being declared both financially and morally bankrupt.

The St. James’ site will be McFeeleys first business venture since the Priory Hall debacle, where he knowingly built regulation-defying deathtraps and sold them to dozens of unsuspecting families, subjecting them to years of misery while he stuffed wads of their cash under his bath. The notoriously media-shy shyster was unavailable for comment, so we turned to Health Minister James Reilly for answers.

Under fire to get the long-gestating Hospital project underway while the country still had children in need of it, it is believed that Minister Reilly opted for McFeeley due to his ability to build fast and cheap. Speaking to WWN, Minister Reilly made the following noise;

“People were getting frustrated by the lack of progress and constant deadline extensions”, emitted the alarmingly unhealthy looking Minister for Health. “We need to get the sod turned on this thing asap. Tom McFeeley has proved he has the ability to spring a project like this out of the ground like a mushroom, plus he can bring the whole thing in under budget too”.

We paused Minister Reilly at this point in the interview to ring 999 in accordance to the F.A.S.T. Rule, as it looked like he was having a fucking stroke.