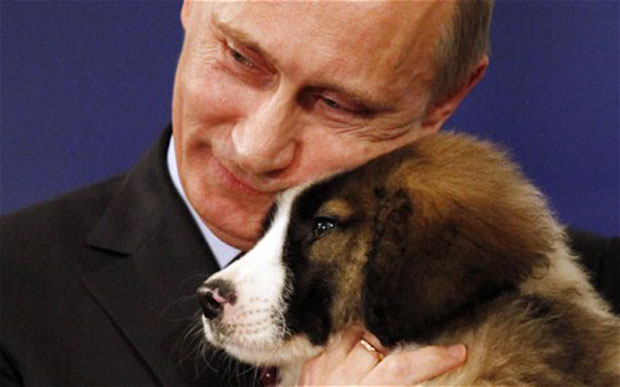 RUSSIAN NEWS agencies reported today that the country’s president, Vladimir Putin, had his pet dog put down after it ‘dry humped’ another dog of the same sex.

The leader of the once soviet state was said to be devastated at the death of his 4-year-old pooch, but said it was a necessary evil to stamp out perversion in the canine community.

Stalin, a Bulgarian shepherd, was reported to have been found by Mr. Putin humping a fellow Russian politicians Poodle, while visiting his house yesterday afternoon. It is understood both dogs were humanly put down shortly after the incident.

Mr. Putin has recently come under fire for his homophobic stance towards the gay community, and this will no doubt only further tensions.

In a statement issued this morning, the Kremlin defended Mr. Putin’s decision to execute the dogs, claiming both animals were mentally sick and needed to be dealt with before spreading the “gay disease”.

Sources say Mr. Putin is currently looking to ban the breeding of poodles in Russia, as they were ‘the devils dog’.

“Poodles are known in Russia to seduce other members of the same sex into homosexuality.” said a spokesman for Mr. Putins office. “We urge dog owners to report homosexual behavior to their nearest veterinary clinic, were they will be ‘treated’ immediately for free under a new state sponsored scheme.”