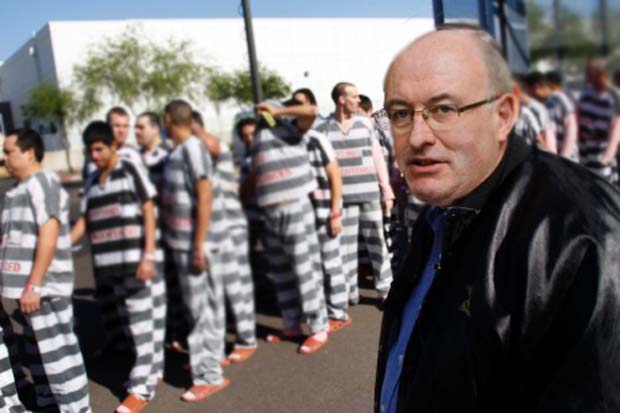 CUTTING hedges, digging ditches and cleaning sewerage drains could all come part of the social welfare claimants daily working routine in 2014, according to Minister for the Environment Phil Hogan today.

Chain gangs of unemployed people who failed to find work will take up new positions in local authorities from early next year, carrying out environmental works including drainage schemes and outdoor maintenance.

The Government plans to pay chain gangs a whopping €1 an hour to carry out the labour intensive services.

“Well, we are in coalition with the ‘LABOUR’ party.” said Mr. Hogan. “It’s time these lazy fools did a bit of work instead of hiding in their homes from the elements while stuffing their faces with cheap high calorie foods from Tesco.”

County Councils will be required to profile the skill set and durability of the individuals referred, and suitable work opportunities will be identified.

“There’s a job for everyone.” added the environment minister. “A disability could become an advantage. For instance, if you’re claiming for a weak back, we can find work suitable to strengthen it for you – like digging dikes.”

Large, high rise apartment blocks are currently under construction to house the gangs. Each worker will be given a place to sleep and a plot of land to work on for the duration of their contract.

The new scheme is expected to coincide with the release of a new Government manifesto in April called ‘Hoganism – a way of being’.