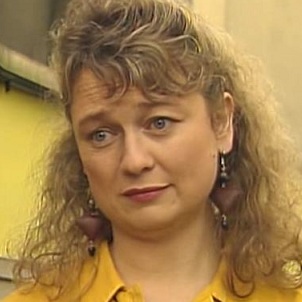 A STUDY carried out by a group of leading psychiatrists in the country has found that over ninety percent of all abandonment issues can be traced back to the original Pippa leaving Home And Away, in 1990.

After five years of intensive research, lead psychiatrist of the study, Dr. Barry Flynn, concluded that the sudden change in actress in the hit television soap lead to a sort of mass feeling of desertion amongst the nation.

The study, which examined 250 Irish males, and 250 Irish females aged between 30-40 years of age, found that most had developed abandonment issues relating to the ‘Pippa Switch-over’.

“Most of the subjects would have hit puberty at the time of the move and this would have affected them greatly,” said Dr. Flynn. “We have found that 92% found it impossible to bond with the new Pippa and were believed to be more suspicious and unable to trust people in later life.”

The majority of the people involved in the study claimed to feel emotional when the subject of the old Pippa was brought up.

“I think everyone remembers where they were when the new Pippa entered Summer Bay,” says 34-year-old electrician Dermot Keane. “I didn’t realise what happened. I just thought it was a new character. I mean, she looked nothing like the old Pippa. The old Pippa was so nice and sweet and this one was a ginger cow.”

“I still hate red-haired women to this day.” he added.

Since the study was published last week, thousands of people have bravely come forward about their Pippa issues.

It is estimated that nine out of every ten broken thirtysomething relationships are in some way connected to that fateful September evening in 1990, when actress Debra Lawrence took over the reins of Pippa Ross.

If you have been affected by any issues raised in this article, please feel free to vent your opinions below.