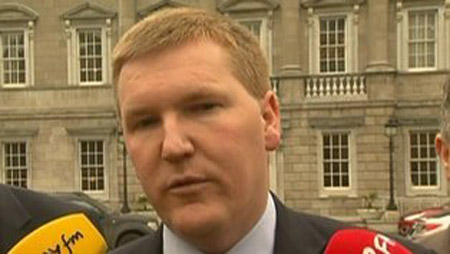 The Fianna Fail politician was targeted yesterday by the elite team of hackers for no apparent reason, it has emerged.

Mr. McGrath (37) had to spend several painstaking minutes trying to deactivate his Facebook account after an image went viral of him purportedly ‘liking’ a site which offered images of ‘Sexy Mums Across the World’.

“I have no idea why they would have picked on me,” said the Cork based TD. “This is another prime example why the internet should be controlled and monitored.”

The son of two said he was left devastated by the attack and has asked for some privacy for his family during this difficult time: “You just never think it could happen to you,”

“I was just minding my own business, enjoying my life when they stole my identity and used it to like filthy internet pages. I feel so dirty and violated……..sorry.” the grown man then broke down into tears and started wailing like a beached Dolphin.

A member of Anonymous, who wished to remain anonymous, told Waterford Whispers News that Mr. McGrath was probably targeted because of his extremely high profile in Irish politics.

“He’s obviously a big player in Ireland and a prime target for any International group of hackers with nothing else better to do.” said the anonymous Anonymous source. “Irish politicians can expect a lot more sexy page liking in the near future.”

Meanwhile, thousands of men across the country have also claimed to be hacked by the group.

“Oh yea, some fucker logged into my account and liked ‘Bum of the day’ only last week.” said one man. “Then the bastards logged in again yesterday and liked more pages filled with half nude women. This kind of thing has being going for quite some time now.”