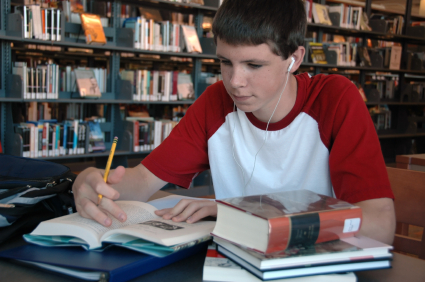 JUNIOR Certificate student Jamie Ferris stole a march of his fellow students on Monday when he discovered the existence of thesauruses.

Ferris, a relatively bright boy, had struggled with his English studies this year and was dreading handing in his latest essay.

The air of gloom was lifted when Ferris discovered a discarded thesaurus under some books in his older brother’s room and set about writing what was to be the greatest ever examination of W.B Yeats’s ‘The Wild Swans at Coole’.

With the results of the essay due this morning young Ferris felt none of the nerves or sense of dread that usually accompanied his English studies.

What at first appeared to be a relatively simple essay was transformed by Ferris as he consulted the pages of the magical thesaurus. Ferris reveled in seeing his work suddenly cut to the heart or what it was to be a swan or whatever. Ferris had slept soundly for the first time in weeks safe in the knowledge that his detailed account of one of Yeats’s most treasured poems was to ensure him local hero status amongst his school’s rabid poetry enthusiasts.

Keen not to appear a show off the diligent student left in a few ‘normal sounding words’ of course. He did however take the time to feel sorry for his fellow students, remarking to himself ‘these poor idiots probably called Yeats a poet. Yeats is very a much a poetaster or a rhapsodist.’

With his recent poor results now a thing of the past Ferris waited in anticipation for the delivery of his A grade. To his shock, his English teacher Mr. Rouse (or Mr. Galvanise as Ferris would call him once he consulted his thesaurus) gave his essay an F with the attached note ‘what on God’s green earth are you fucking on about Ferris? Buck up.’

Ferris shock worsened when it suddenly hit him; maybe he shouldn’t have used the thesaurus for his Geography, History and Science homework either.