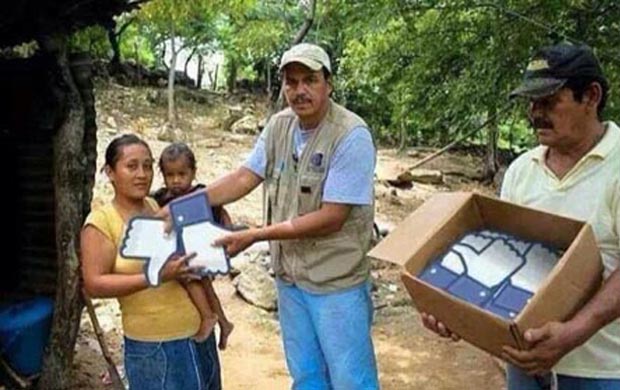 AN ARGENTINIAN mother of a terminally ill child has thanked facebook users today for all their likes, which her 2-year-old son needed for a life saving operation.

Teresa Gomez (45) is expected to fly to the UK later this month with the one million likes and exchange them for British pounds, before admitting her son Oscar to a children’s hospital in London.

“This is probably the best news I have gotten in my whole entire life.” she told Waterford Whispers News earlier. “Now my boy can get this operation and be well again.””Thank you so much facebook users for your generous likes.”

Oscar was diagnosed with a rare form of cancer late last year.”My brother decided to try using social media to see if we could raise the desired number of likes needed to pay for the procedure.” she explained.”I can’t believe it, we are so happy.”

It is believed that the original image of Oscar holding a placard pleading for likes was posted in May this year, before going viral around the world.

“The picture currently has over four million likes.” said Ms. Gomez. “We will use the other three million to buy ourselves a nice house in the Bahamas.”