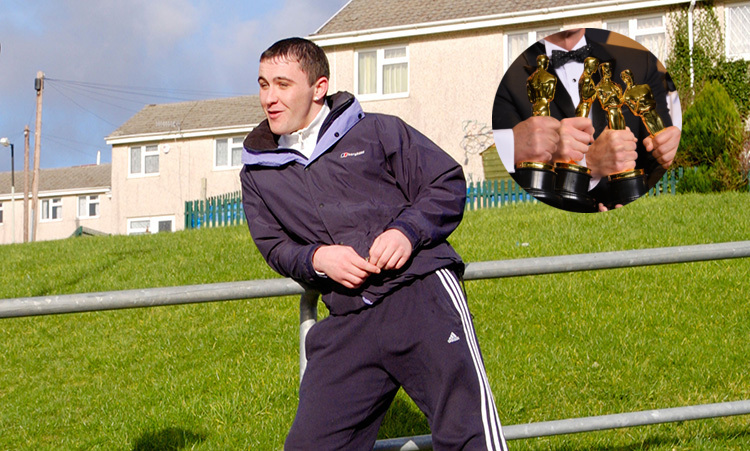 IRISH eyes were smiling following the announcement of the 2023 Oscar nominations this morning, with nods for Brendan Gleeson, Colin Farrell, Barry Keoghan and Kerry Condon, as well as a special mention for lifelong actor of the maggot Malcolm McConnon.

Waterford’s own McConnon, 38, has been acting the maggot ever since he graduated from a youth of acting the bollocks, where his skills were well known to teachers and law enforcement officials in the greater Déise area.

“It takes a lot to stand out in the field of maggot-acting in Ireland, but every so often we produce a maggot-actor so skilled that even the Academy Of Motion Pictures Arts & Sciences has to acknowledge him,” said one of McConnon’s old allies in the Royal Irish Maggot-Acting Society (RIMS).

“Even back in the day when we where just youthful men, treading the boards on a building site looking for shit to get into, you could tell Malachy would go far. Never so far as to get into any legal trouble, oh no, that is the true sign of a world-class maggot-actor. To take things right up the cusp of legal ramifications, before telling the offended party that you’re just acting the maggot and that they ‘should relax the kacks, sure it’s only a laugh, what are you getting stressed about ya mad thing’. I say hurrah, Malachy, and long may your career last”.

Elsewhere in today’s Oscar news, ‘jokes about Will Smith slapping Chris Rock’ will officially be added to the ‘In Memoriam’ section of this year’s ceremony, as they are well and truly dead at this stage.