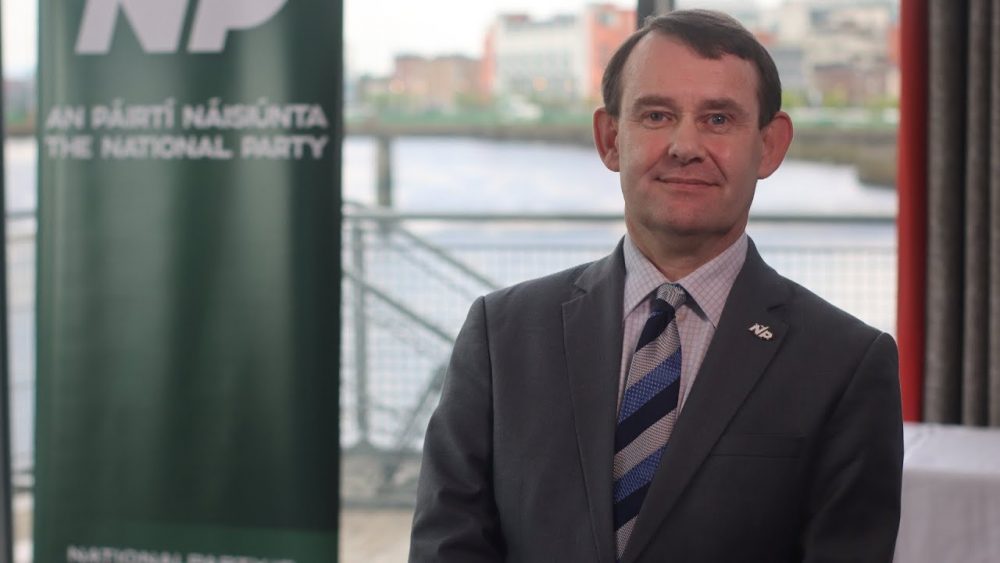 FRONT and centre at recent anti-immigrant protests, the National Party along with other far-right groups appear to a growing influence in Irish society.

Here’s everything you need to know about the National Party:

Founded in 2016, the party retains the cognitive ability of a 7-year-old.

You don’t have to have been dropped on your head as a child to join the National Party but it helps.

National Party member Michael Quinn was sentenced to 3 years in prison in 2021 for an assault on an LGBTQ+ activist.

The party is headed by Justin Barrett who compensates for his short stature by taking it out on everyone else. Will respond to the name ‘Litler’ when called.

Barrett has advocated for turning Ireland into a ‘Catholic Republic’ so women, get ready to re-enter the laundries. Strictly adheres to the tenets of Catholicism except for the teachings about not leaving your wife and kids for a woman half his age.

Equates homosexuality to paedophilia, proving he is serious about courting the ‘truly demented’ vote.

An ‘unvetted male’ in 2021 Barrett was accused of engaging in threatening and abusive behaviour contrary to the Public Order Act when Gardaí seized his car as it had not been taxed since 2019 and he had been driving without a licence.

Not 100% clear if ‘doctors giving abortions should get the death penalty’ is official party policy or just Barrett’s own opinion.

The most vile thing he is guilty of to date remains being a one-time member of Young Fine Gael.

Failed to provide SIPO with a set of audited accounts for 2019, in breach of statutory obligations which at least hints at the fact the party respects the traditions of Irish politics.

Should be illegal to have the word ‘party’ in your name and be this little craic.

Any similarities between Justin Barret and Salazar from Resident Evil 4 are purely coincidental.

Could be one of the main beneficiaries of Fianna Fáil and Fine Gael’s failure to adequately address the housing crisis.

If you’d like to join the NP, just stand outside your house yelling ‘I’m a cunt’ and someone will be with you shortly.