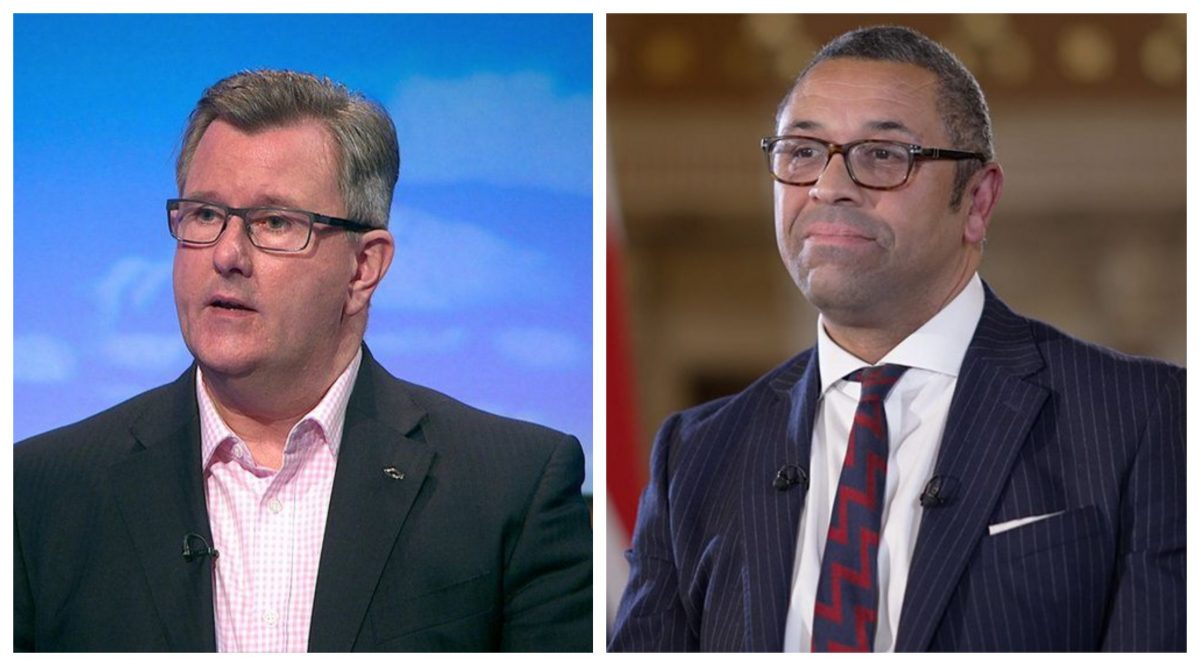 INITIALLY delighting in the fact Sinn Féin leader Mary Lou McDonald had been excluded from talks on the NI Protocol by the British government, it is now dawning on the DUP the discussions aimed on breaking the impasse are being led by the British Foreign Secretary James Cleverly.

“We put the ‘foreign’ thing down to the fact he’s black at first but turns out it means his brief is related to overseas sovereign countries with no direct ties to the UK but… that means they don’t see Northern Ireland as…” realised DUP leader Jeffrey Donaldson, bursting into tears.

“Was the We Love & Cherish You Secretary busy?”

While excluding the leader of a party you are inviting to talks about ensuring voices from all communities are included proves nominative determinism skipped Cleverly, the DUP are much more focused on the fact being visited by a foreign secretary makes them feel like they were some afterthought of a failed Central American state.

“I’m too upset now to properly concentrate on derailing talks with demands for unlimited free ponies or parroting the veiled threats of Loyalist paramilitaries,” said one DUP official involved in the talks.

Meanwhile, James Cleverly has stated what an honour it is to be visiting a land alien to Britain and it was his hope this first historic meeting between the two separate and wholly unrelated countries with no previous links could result in the establishment of a trade deal of some sort.

UPDATE: Mary Lou McDonald has been caught by security after attempting to gain access to the protocol talks by crawling through the ventilation system of Stormont.