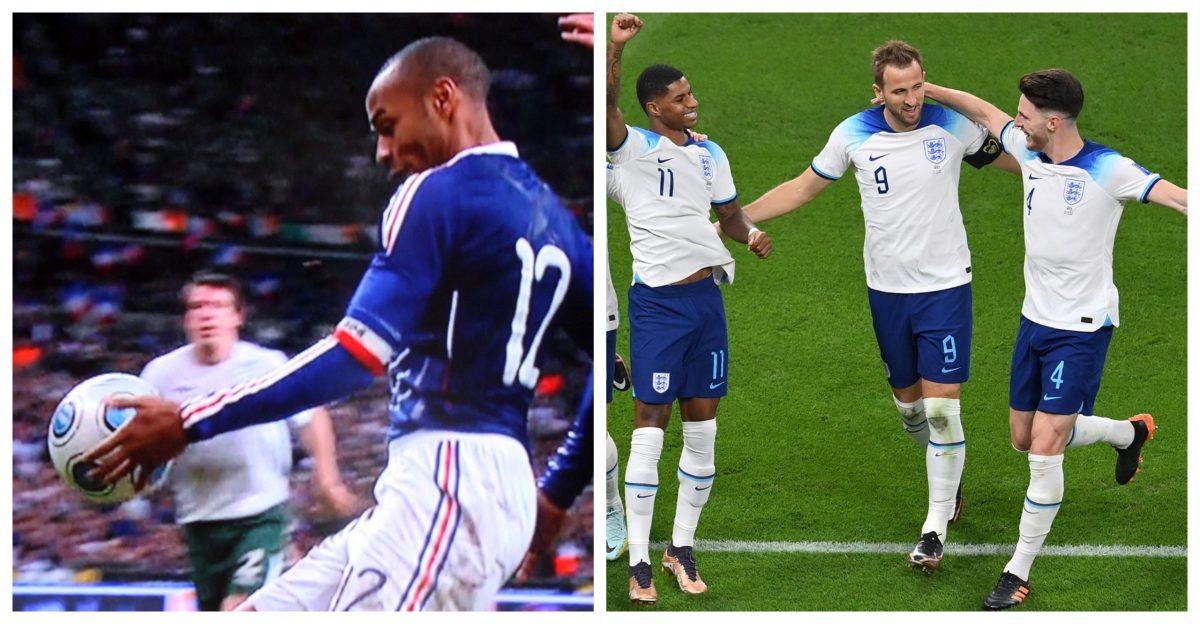 IRELAND has announced a historic cessation of Thierry Henry based hostilities towards France and the French football team for a maximum period of 120 minutes plus penalties, WWN Sport can reveal.

Asked what prompted the decision to forego all deep seethed resentment towards France due to Thierry Henry’s for his infamous handball in a 2009 World Cup playoff, Irish people were unfailingly honest.

“Let bygones be bygones. It’s been a year where the world needs peace more than ever,” said one Irish person, who didn’t even realise France were playing England this evening.

“I think 13 years is enough time to realise there are more important things in life, I suppose me forgiving Thierry and wishing the French team well is probably inspired by how quickly we all moved on from 800 years of oppression from the Brits,” added another person, who named their child That Prick Henry.

The ending of hostilities, however brief, has real world implications for Thierry Henry who is now legally allowed drink Guinness again, has been removed from the country’s list of terrorists and will no longer be arrested if he steps on Irish soil.

Irish people will also resist the urge to utter ‘that bastard’ if Henry’s name comes up during the game or he is a featured pundit on BBC or ITV.

“They’ve that Irish lad Cillian playing for them, I see that a nice reason to be rooting for them. Don’t get me wrong I’d root for England if the likes of Rice and Grealish had Irish roots,” concluded another Irish person, swapping out all Irish flags on State building for French flags.