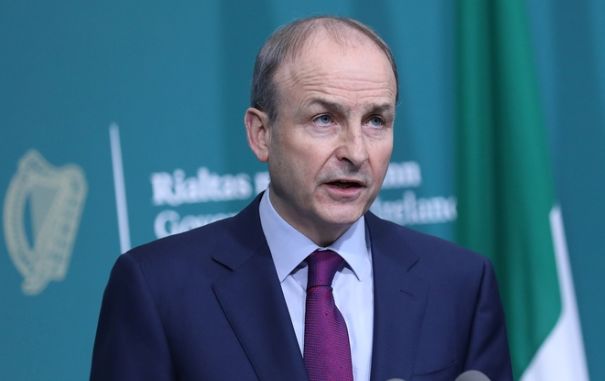 EVEN hardline nationalists living in Northern Ireland have paused to reconsider their stance on a United Ireland, after Taoiseach Micheál Martin made grave warnings about the loss of things like Sainsbury’s, Asda, B&M and ‘really big Tescos’ should unification become a thing.

“There’s a lot of so-called patriotic rhetoric around the ‘fourth green field’, but those same voices do not have an answer to the question, ‘what happens to firework shops?’,” Martin stated, following the results of a poll that showed one in four in the Republic are in favour of unity.

“To those in the north, I ask; would you swap the NHS for the HSE? Honestly now. Look at the state we’ve left it in. Are you willing to change your road signs to kilometres instead of miles? That was a tricky one for us, I wouldn’t wish it on anyone. Honestly lads, you’re better off where you are”.

“Way, way, way into the future, yes. We’re building on the groundwork of the Good Friday Agreement 25 years ago, and we’ll continue to provide the framework for the legislation for the poll for the basis of the discussion around the challenges across all communities, before we consider moving it forwards further,” said the Taoiseach.

“But no rush, we’re grand. Enjoy Asda, the Shinners want to take it away from you. Bye bye now, glad we sorted all that”.