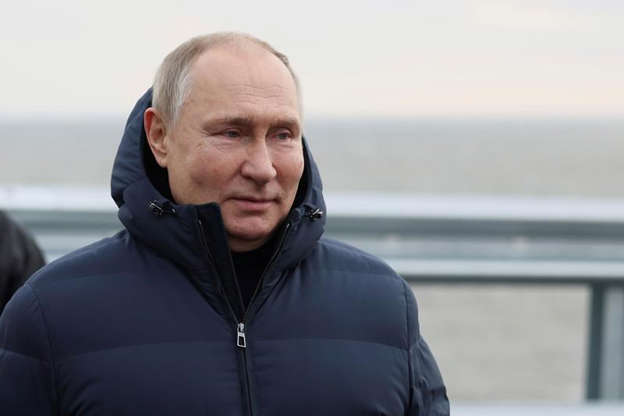 CRIMINALS the world over have felt the pangs of severe anxiety after watching Vladimir Putin’s PR posing photo session at the reopening of a bridge destroyed by Ukrainian military in Crimea.

“It’s the sense that you’re invincible and you want to rub it in people’s faces how ill-gotten your gains are that is almost always a criminal’s undoing, whether it’s robbing a post office or illegal invasions and war crimes,” shared one ne’er do well petty thief.

Trying and failing to exude a sense of control and mastery of his destiny, Putin returned to the scene of his illegal 2014 annexing of Crimea to unveil a recently reconstructed bridge that is so solid it still can’t take trains or trucks.

“Hey, I get how bad ass his body double looks driving across the crime scene in a 2012 Mercedes but you’re 70, you don’t want to drawing attention to things you should be in prison for,” added one stick up artist, who gets Putin wants to find a way to get people talking about something other than the rumour he fell down the stairs and shat himself, but this isn’t it.

Posing for a photo dressed like the cylinder jacket that goes around an immersion, Putin exuded the sort of confidence only a terrified man who recently resorted to bombing the energy and water supply of civilian populations can.

“And this photo will definitely stop the ‘he fell down the stairs and shit himself?’ memes, correct?” Putin asked while straining to smile for the camera.