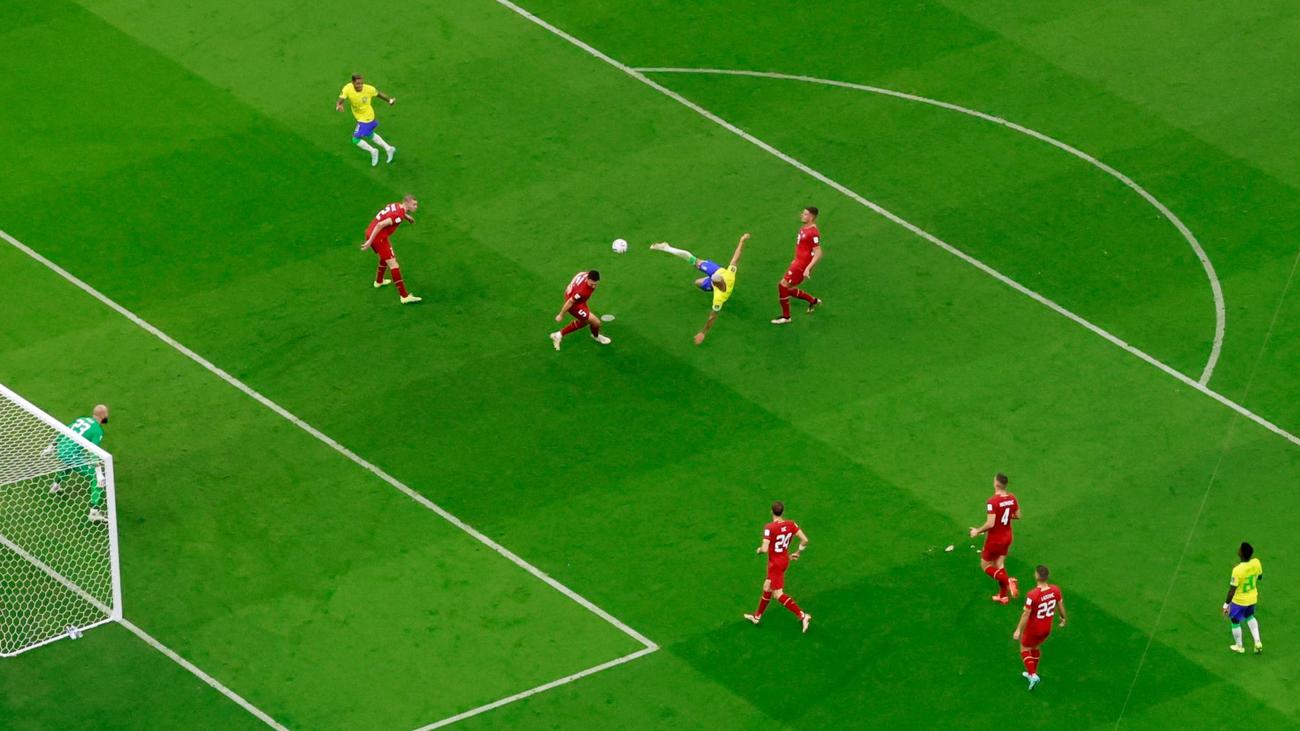 FIFA have won rare praise at the 2022 World Cup for agreeing to stage the more boring games at 10am and 1pm so people working and studying don’t feel like they’ve missed out on much.

During their game with Cameroon Swiss fans made a bid to overtake the vuvuzelas as the most annoying noise creators at a World Cup with the introduction of giant fucking cowbells.

Despite going one-nil down to Cameroon born Embolo, who dispatched the World Cup’s first ever ‘won’t celebrate against a former club’ celebration in international football, Cameroon manager Rigobert Song took off his main striking threat in Eric Chuopo Moting.

Experts observed that taking Chuopo Moting off despite being in need of a goal was akin to removing the wheels off your car before trying to drive to work.

Cameroon’s play was about as urgent as a tortoise walking up a hill and the Swiss had an easy time of it seeing out the game.

On the plus side the game did feature everyone’s favourite human square, Xherdan Shaqiri.

Some were surprised Qatari officials even let Uruguay take to the field considering they have a notoriously homosexual name.

Slightly making up for the goalless game, everyone got to enjoy the Uruguay anthem which is an absolute banger!
Fun fact: Diego Godin and Luis Suarez travelled for free to Qatar making the most of their free bus pass now they’re of pensionable age.

Godin made his 161st appearance for his country meaning he has more caps than a JD Sports branch.
That screaming you keep hearing in stadiums? In a bid to up the atmosphere, Qatar officials have pumped stadium speakers full of recordings from public executions.

Not even Son dressing as masked vigilante or the introduction of the majestic raven-haired Cavani could enliven this game.

Portugal v Ghana turned into a goalfest after a first half less lively than the audience at a Tom Jones concert.

Due to the fact Chris Hughton manages Ghana, every Irish person is reminded they are obligated to support the African team for the duration of the tournament.

A dreary first half with little quality led Ronaldo to giving an on-pitch interview to Piers Morgan, discussing how betrayed he felt by his teammates’ failure to set him up for a goal.

Ronaldo opened the scoring via a penalty in second half, continuing a trend of referees awarding penalty decisions softer than Play-doh in a microwave.

Becoming the first male footballer to score in 5 World Cups, no one is betting against a bionic Ronaldo operated by AI scoring in the 2090 World Cup on Mars.

Portugal all but wrapped proceedings with two quick goals from Joao Felix and Rafael Leao after Andre Ayew scored an equaliser for Ghana.

But Portugal set themselves up for a final fews minutes more terrifying than a Madonna selfie on Instagram with a Bukari header making it 3-2 before Portugal keeper Diogo Costa nearly committed a ‘Shay Given’.

Unaware Iñaki Williams lurked behind him, Costa rolled the ball out in front of himself with the sort of carefree abandon normally reserved for Audi drivers parking in disabled spots.

This was Williams chance to secure a draw but he slipped at a vital moment. In a post match interview Williams said he regretted choosing to wear ice skates instead of football boots and admitted dipping them in baby oil was a mistake.

The 7pm kick off saw a commanding Brazil performance in their 2-0 win over Serbia.

The game will be remembered for the Serbia manager spitting in disgust at conceding the first goal, and the small matter of Richarlison scoring a goal so Brazilian it is what Dall-E would come up with if you typed in ‘painting of a delicious Brazilian peach’.

The goal led to Ronaldo giving a second interview to Piers Morgan saying he felt ‘betrayed’ by Richarlison after his sublime goal stole his thunder.

Brazil will be worried however as Neymar was seen receiving attention for an injured ankle after the game which had ballooned to the size of Ronaldo’s ego.