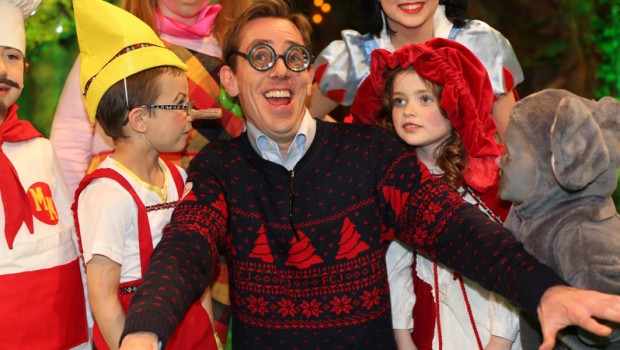 IT’S the question everyone is asking themselves ahead of the annual Toy Show.

While the RTÉ mainstay can be enjoyed without the accompaniment of substances, WWN felt the need to road test the experience for its reader by watching old Toy Shows back under the influence of every substance known to man.

Here’s how it went:

Some of the Dublin children featured on the show are like nails on a chalkboard, so we first road tested some hardcore paracetemol and can’t recommend it enough.

We hear you, it’s absolutely not a drug and we agree, all that happened after consuming the liquid for a sustained period of time was we shouted at a TV and called the 6-year-old girl recommending books to read a stuck up bitch. We later pissed our pants as we fell asleep on the couch.

The Toy Show itself is one big acid trip. You try describing this show to a foreigner and likelihood is they’d try to have you committed. So, while we enjoyed the bit where Tubridy grew a second Tubridy head from his shoulders and ate himself, we really don’t think the acid is necessary.

Listen, staying up past 11 on a Friday is harder than it used to be, every little bit helps. Drawbacks to a Toy Show on cocaine are numerous; 1) we talked constantly while making no sense just like a precocious kid appearing on the show, 2) RTÉ asked us to host the thing.

Instantly became paranoid as the cacophony of noise from the Toy Show was too much to take in. When Tubridy shouted ‘there’s one for everyone in the audience’ we screamed ‘no’ as we thought Ryan was giving us away to the audience, ripping us limb from limb.

The most potent substance known to man, it transformed us into the most cynical, kid-hating, joy-agnostic monsters in the known universe. The Toy Show was the most pathetic thing we had ever seen. 0/10 would not recommend despite the overwhelming rush of endorphins we got from being so negative, the loss in ability to form coherent sentences is simply not worth it.

Grinding the RTÉ man down into a fine dust and snorting him, we suddenly became ridiculously enthusiastic about everything no matter how trivial. We jumped around erratically and looked directly down the lens of a TV camera that didn’t exist. We had seen the face of God, in fact we are God!