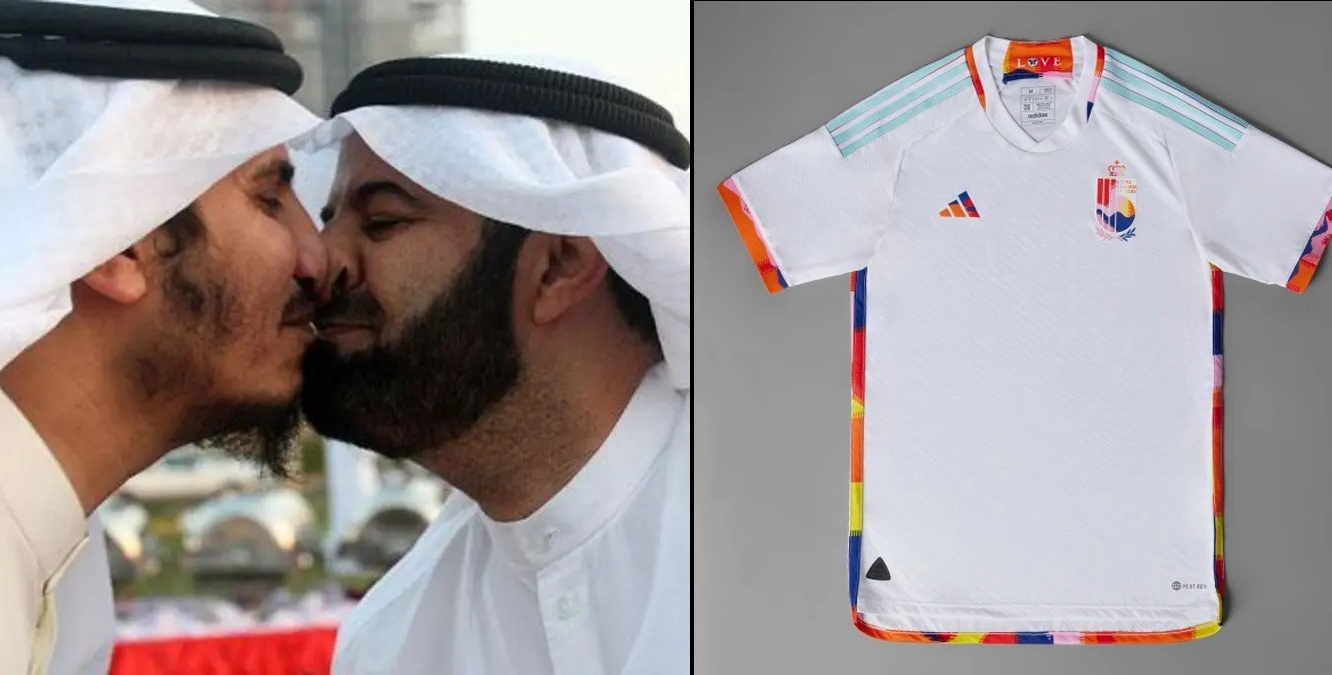 IT’S what FIFA officials feared most and despite forcing the Belgium team into no longer using their away jersey the intervention came too late and the damage has already been done.

“We warned you but you wouldn’t listen,” said a panicked Gianni Infantino, whose previous ‘I feel gay’ comments now made horrifying sense.

Qatari regime scientists observed that the homosexual powers of a mostly white football jersey with the word ‘love’ written on the inside of the back of it were dramatically turning Qatari men gay, and recommended Qataris bind themselves as a precaution lest they see such lust drenched colours with their own eyes.

“Oh no, what’s that sound,” said Qatari officials as just a few hundred metres away downtown Doha was now a sea of erect penises plunging into bare arses sound tracked to Lady Gaga, with countless shocked onlookers falling and stumbling on discarded poppers.

Qatari authorities had worked tirelessly to prevent such a scenario in recent days by confiscating rainbow coloured hats and refusing people wearing rainbow clothing access to stadiums but with the high level of ‘LGBTQ beams’ being shot out of the Adidas branded Belgium kit Qatar was now overrun with recently converted gay men.

Elsewhere, the appearance of a rainbow in the sky prompted senior Qatari military figures to call on the the air force to take to the skies to bomb it into oblivion. Tragically however, the pilots were too busy playing an incredibly homoerotic, sweat-drenched game of volleyball on the beach.