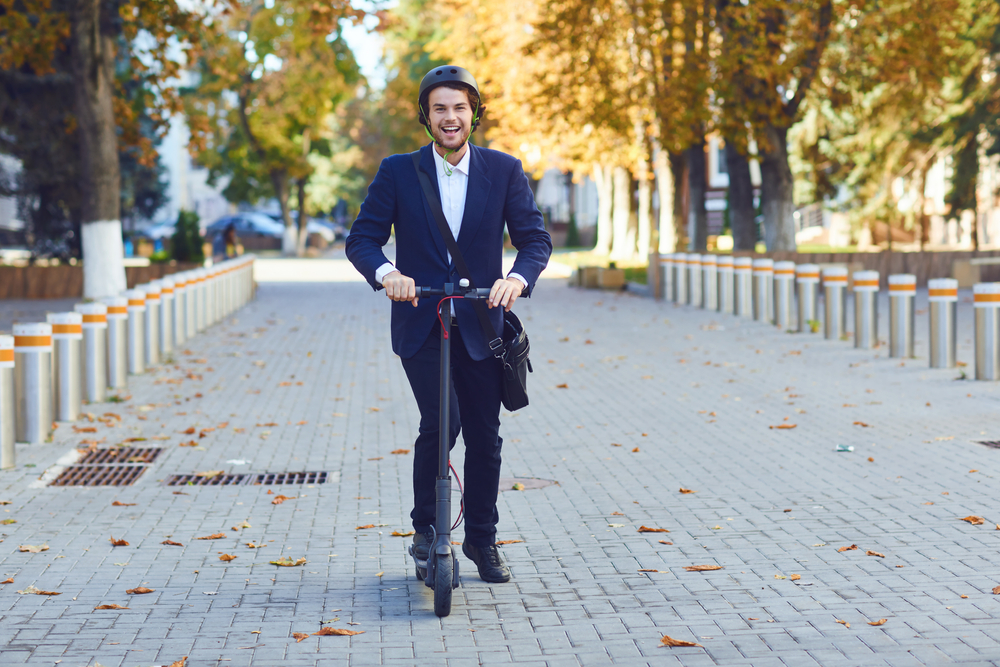 A LOCAL Dublin woman is once again asking for men to be more honest and upfront on dating apps after she discovered the man she was dating uses an e-scooter.

“I’d almost put it above needing to know if you’re married with kids at this stage,” explained Sarah O’Halpin, who was crushed by the revelation a man she had been dating for several weeks is one of ‘those people’.

“Like, I tongued this freak to within an inch of his life on our first date. Nearly went home with him to, talk about dodging a bullet,” confirmed O’Halpin, dry retching at the thought of 26-year-old Kevin Downes scooting around town.

A survey of women in Ireland revealed e-scooter use ranks higher in a list of turn offs than smoking, listening to Joe Rogan, still living at home with parents or being a conscript in the Russian army.

Recalling the horror of seeing Downes arrive at their first sober, day-time date in a park on an e-scooter, O’Halpin becomes emotional.

“The broad shoulders, the fact he was 6ft 3″, that he cared for sick puppies in his spare time, it was all rendered meaningless – I can’t erase that image of him looking like an absolute eejit on his scooter,” O’Halpin said, a tissue crumpled in his hands as she wept.

Responding to the controversy dating apps including Tinder, Bumble and Hinge have committed to banning accounts that don’t formally disclose they’re a serious e-scooter owning dweeb.