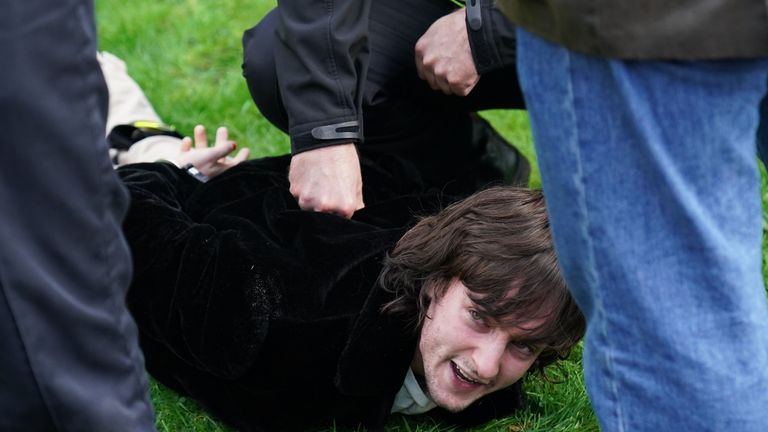 REGRETFUL scenes unfolded in York in England yesterday as a man failed to land a clean hit of an egg on King Charles as he took to the streets to meet the public, even though they’re disgusting and unclean.

Arrested on the spot by police who scrambled to the King’s aid, the man responsible for the egging/assassination attempt was swiftly arrested however, the Irish government has begun a diplomatic mission aimed at granting the man political asylum.

“If you can make it to the Irish embassy in London, you have a home for life,” read an Irish government statement.

Free lodging, a lifetime supply of Guinness, a new identity with the most Irish sounding name ever and a Netflix subscription so he can watch the new season of The Crown all await the man, Patrick Thelwell, in Dublin. However, Ireland faces stiff competition from Kenya, India, Jamaica, Egypt, Uganda, Zambia, Solomon Island and Papua New Guinea, among others to become the man’s new home.

“An unelected head of state is the very antithesis of a democracy and this political activist deserves safe passage away from an oppressive regime that snuffs out dissent with excessive force and punitive punishment,” added the statement, largely copying and pasting from a statement the British government recently issued in relation to protests in Iran.

Elsewhere, some British media outlets reported that King Charles levitated 12 feet above the ground to avoid being egged as crowds, upwards of 4 million people, chanted ‘God save the King’ for hours.