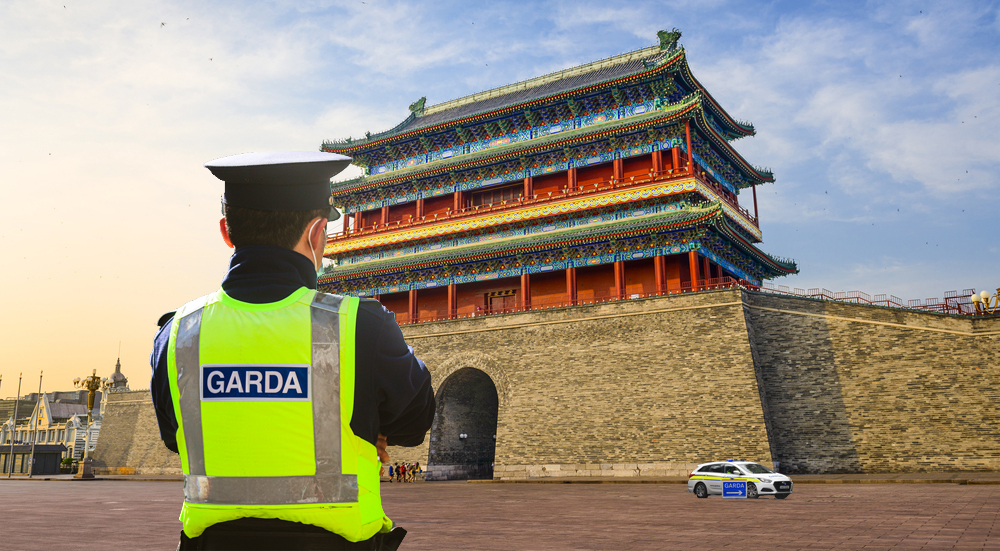 IN DIRECT retaliation for the continued presence of a secretive Chinese police presence on Dublin’s Capel Street, the Irish government have established a garda station on Beijing’s Tiananmen Square.

The station, a typical granite stone structure, was sent brick by brick to Beijing and as is the custom with Irish stations it will only ever be manned by a single officer at any given time who is frequently nowhere near the front desk.

“While the Chinese government installation on Capel Street appears to be a deeply disturbing extension of an authoritarian regime hellbent on suppressing any hint of opposition from Chinese citizens working and studying in Ireland, the Irish station will function differently,” explained head of Garda expansion, Sergeant Noel Balfe.

“The main objective of the gardaí over there is to rake in it with the speeding fines. Any theft, assaults, murder, white collar crime and what have you well, sure, what can you do about that at the end of the day?” explained Balfe, while attending the ribbon cutting ceremony of a breakfast roll deli counter next door to the Beijing station.

Despite the Garda’s reassurances, WWN has learned of several Irish nationals in China being intimidated and treated poorly by personnel from the Beijing based Garda station.

“I was at a bar enjoying a pint with some locals and I was telling them about how our health service is fucked, our housing policy is fucked and how the State’s redress schemes are an insult to victims and this guard appeared out of nowhere and told me to wind my neck in,” explained one Irish man, who got the business end of a truncheon to the face when he later said Mrs Brown Boys and U2 are shite.

Elsewhere, speaking at a business conference in Dublin hosted by Huawei and TikTok the Taoiseach stated the government would not stand for such behaviour by the Chinese government.